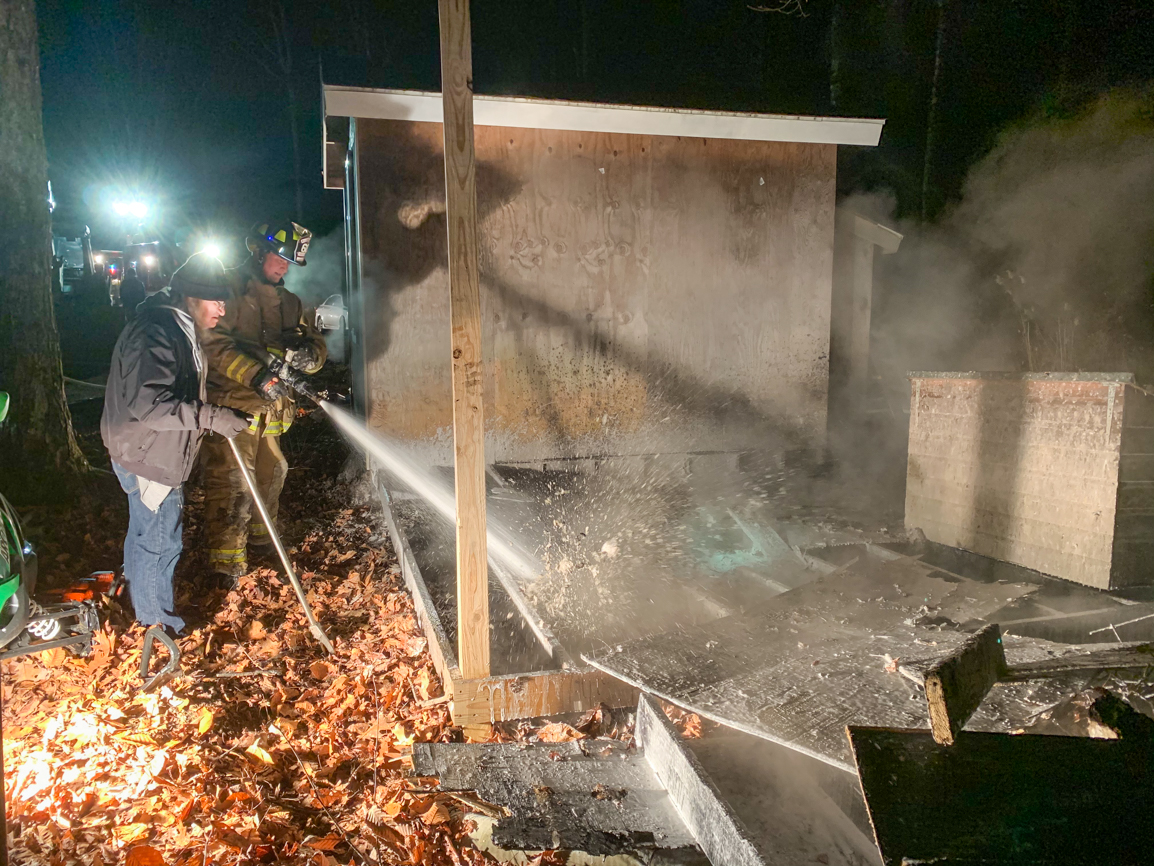 GOSHEN, MA – Firefighters from Goshen, Chesterfield and Williamsburg along with a crew from Highland Ambulance were called to 10 White Road in Goshen at 1731 hours yesterday for a reported structure fire.

Goshen firefighter Jake Lulek along with Chesterfield Asst. Chief Drew Morse were in the area when the initial call came in.  They arrived on scene in a matter of minutes along with Goshen police officer Brandon Smith.

The homeowner had started a small brush fire while trying to clear leaves near his home. The fire quickly spread to a nearby shed which also caught fire. With the help of fire extinguishers from the homeowner and the Goshen police, Jake and Drew were able to knock down the initial flames which allowed time to remove equipment and fuel stored in the shed as a precaution.

Mutual aid help from Chesterfield and Williamsburg was called off shortly after it was determined that the house was not at risk.

Once Goshen’s Engine 2 arrived on scene, crews applied foam to remaining flames then opened up the floor of the shed with a chain saw to expose hard to reach areas beneath the structure.

A thermal imager was then used to seek out additional hot spots and to monitor the structure until it was deemed safe to return to quarters in less than two hours.

No firefighters were injured during the incident. However, one mouse was left homeless as a result of the blaze.