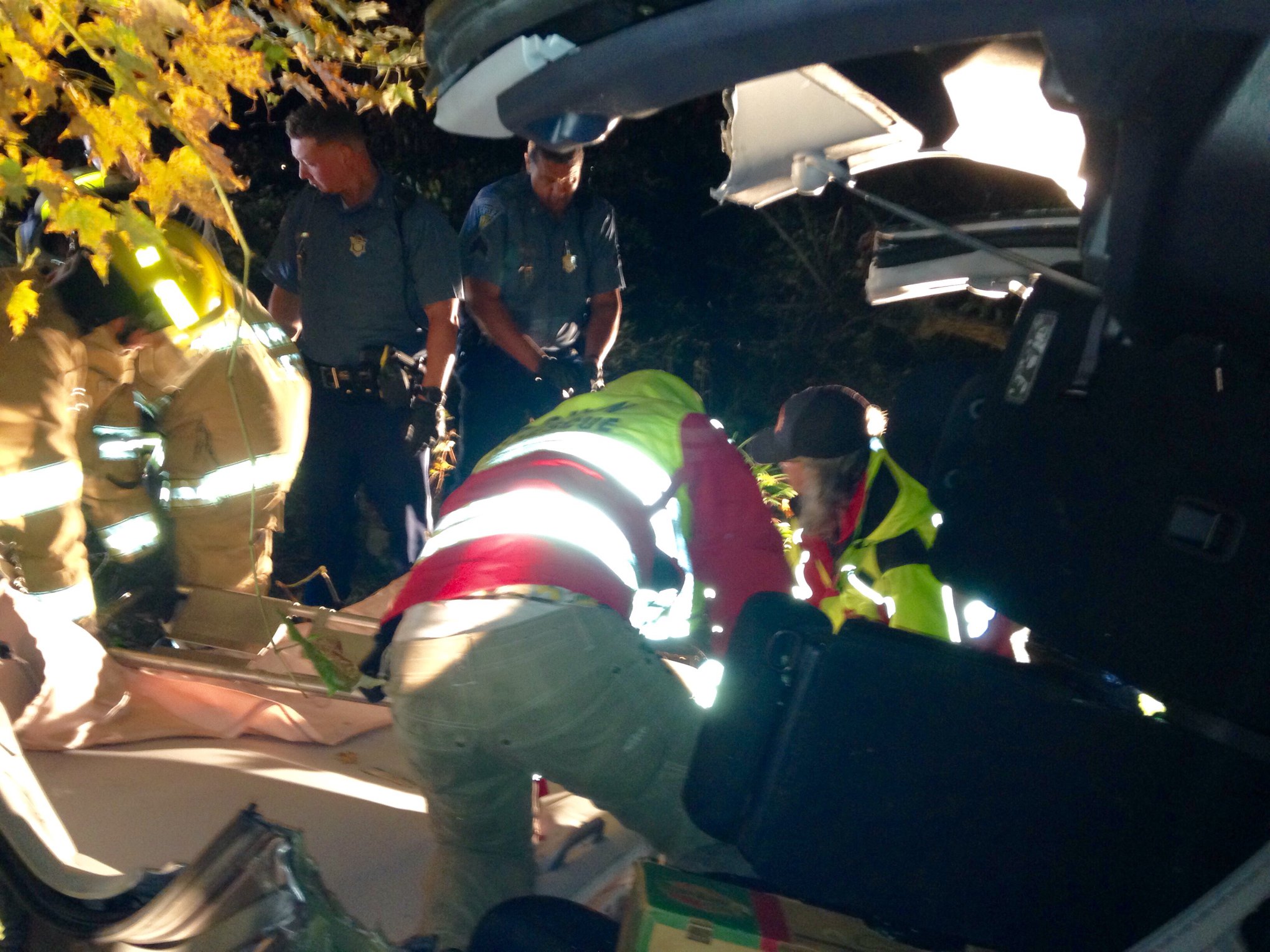 GOSHEN, MA – Goshen firefighters, Goshen police and two units from the MA State police were called to the scene of a car into a tree with injuries on Cape Street between Williams Drive and Mollison Hill Road at 1913 hours on Wednesday night.

A 2011 Honda CRV heading south towards the center of town left the roadway, went down an embankment approximately 40′, hit a tree and came to rest on the drivers side door.

Capt. Monica Neveu, who lives just up the street, was first on scene and quickly determined the need for extrication equipment. Engine 2 arrived 6 minutes after the initial call and immediately deployed scene lights due to the time of day.

The vehicle was sandwiched between a utility pole and a stone wall in a thicket of brush and was partially blocked by the tree it came in contact with which toppled next to it. Initial access to the driver was made through the windshield.

The driver of the car was placed on a scoop stretcher and carried up the embankment, over the guardrail and onto a waiting stretcher from Pioneer Ambulance then transported to Cooley Dickenson Hospital in Northampton.