GOSHEN, MA – Goshen firefighters were called to the scene of a one-car motor vehicle accident on Berkshire Trail East at 21:22 hours yesterday.

The Chevrolet SUV, which was traveling westbound on Route 9, left the roadway and struck a utility pole with such force that it broke in two places. The car continued into the woods and down an embankment for another 20 feet after impact. Fortunately for the lone occupant, the car’s airbags deployed. 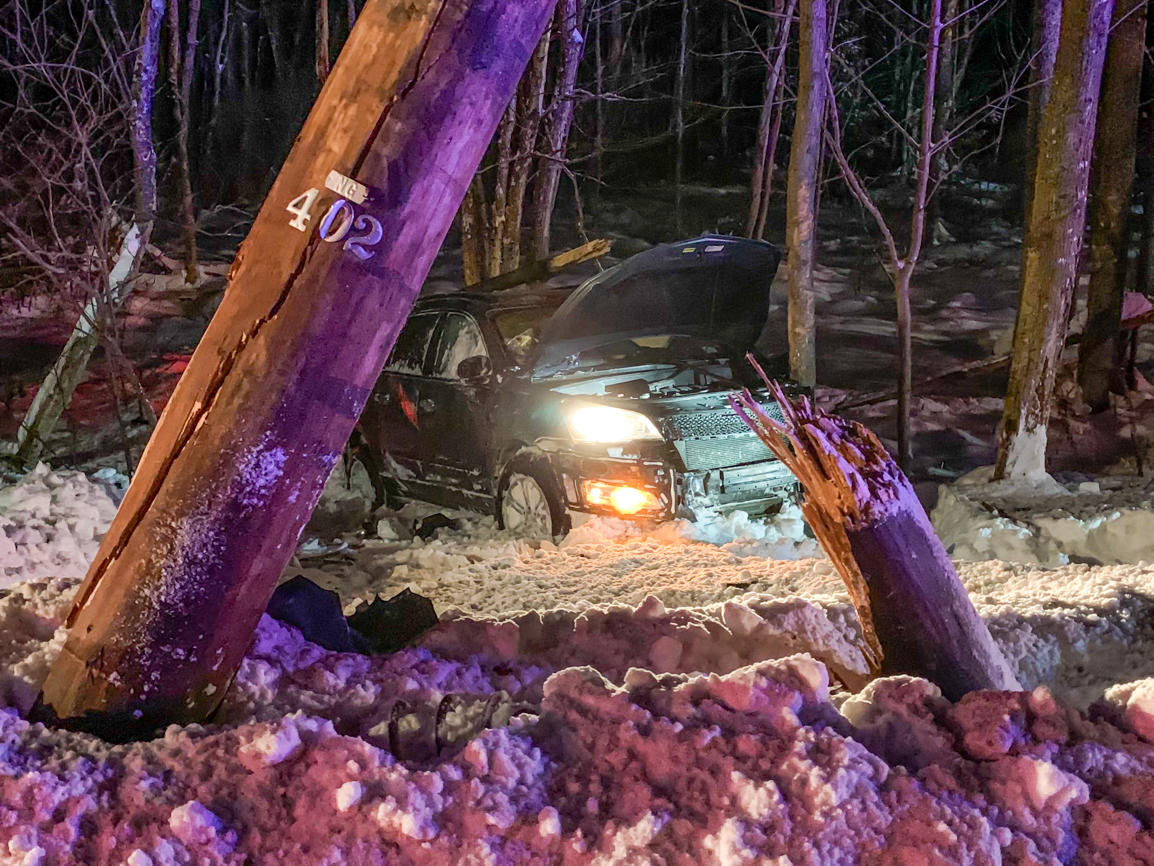 Goshen police were also on scene to help with traffic control. A worker from National Grid separated wires from and removed the damaged utility pole before two tow trucks from Hampshire Towing could pull the vehicle out of the woods. Their efforts were hampered by the depth of the snow in the immediate vicinity of the crash site, the extensive damage to the vehicle, and slippery conditions of the roadway. 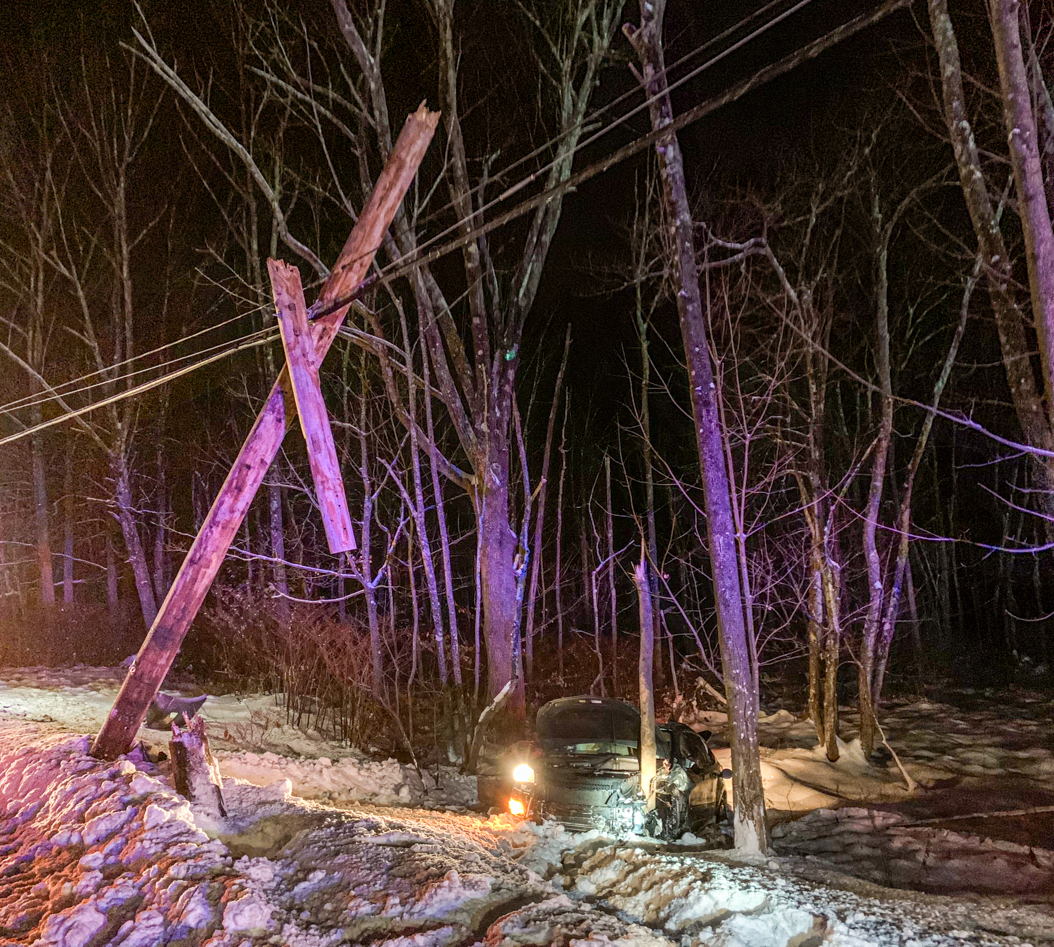 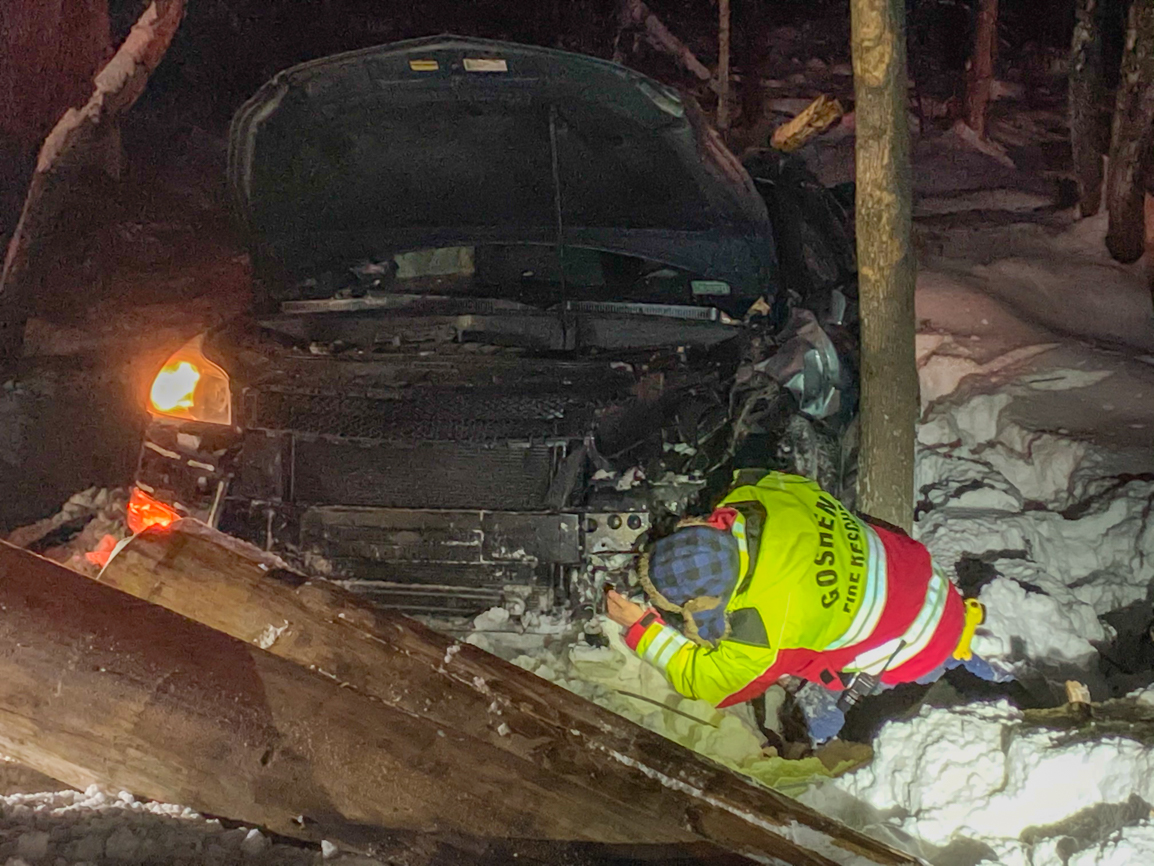