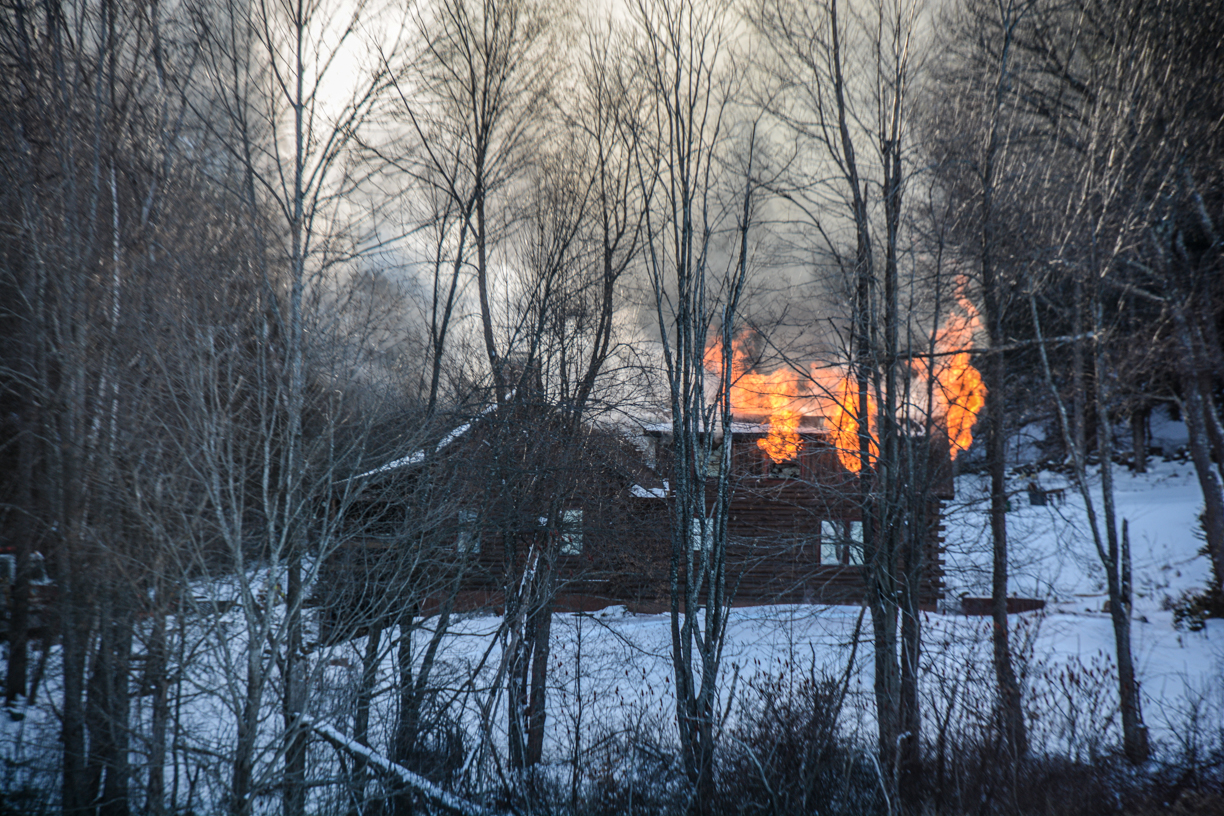 ASHFIELD, MA – The Goshen Fire Department along with multiple fire companies in Hampshire and Franklin counties were called in to provide mutual aid to Ashfield today to help them battle a structure fire.

The picture above was taken shortly after Goshen firefighters arrived at 298 Briar Hill Road.  The fire appeared to have started in an upstairs bedroom of this log home.

With temperatures ranging from 0 to -10 below, firefighters dealt with difficult conditions ranging from frozen equipment and fingers to slippery road conditions from the amount of water that was being transported to and used at the scene.

The Rehab unit from the Department of Fire Services was sent to the scene to provide respite from the frigid temperatures firefighters encountered while battling the blaze.

The following departments responded to the call:

Many other departments not listed here also acted as backup to these fire companies by providing station coverage while we were on scene.