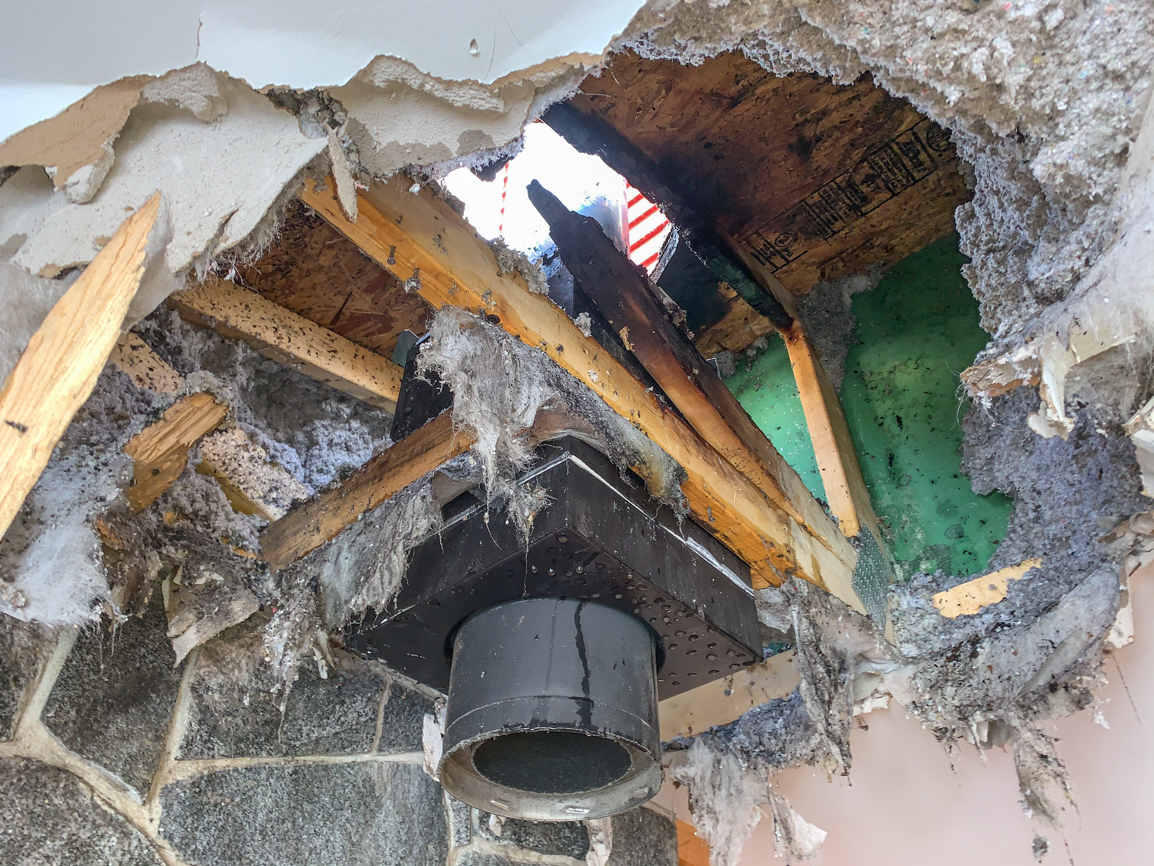 GOSHEN, MA – Goshen firefighters were called to 62 West Shore drive near the center of town today at 0837 hours for a report of a fire in the smokestack of the chimney.

The homeowner reported that they had a fire in their wood stove the previous night.  When they woke up, they smelled smoke in the house and began looking for the source.  The stovepipe closest to the wood stove was cool to the touch.  However, as they ran their hand up the pipe, they noticed that the pipe got hotter near the ceiling.

When they went upstairs, they noticed little wisps of smoke coming out of the chimney pipe near the asphalt shingles on the roof.  That’s when the called 911 for help.

Upon arrival, firefighters used a thermal imaging camera to confirm the heat signature in the ceiling above the stove and at the exterior of the house.  A decision was made to expose the area above the roof to locate the source of the heat and smoke.  Once firefighters pulled off the flashing and removed buckets of blown in insulation they found several smoking rafters that had been burning for an extended period of time.  At that time, material inside the cavity measured over 500 degrees Fahrenheit.

Goshen command contacted dispatch and requested mutual aid from Chesterfield and Williamsburg as a precaution when smoke began billowing out of the hole.

Firefighters then removed several more buckets of blown in insulation and were able to extinguish the smoldering rafters with fire extinguishers to minimize further damage to the home.

The heat in the ceiling cavity was then monitored to ensure that the area was cooling off.  Once firefighters knew there was no additional threat to the structure, they started cleaning up the bulk of the mess made by the insulation that had been removed from the ceiling.

Units returned to quarters before noon to clean equipment and wash gear in preparation for the next call.