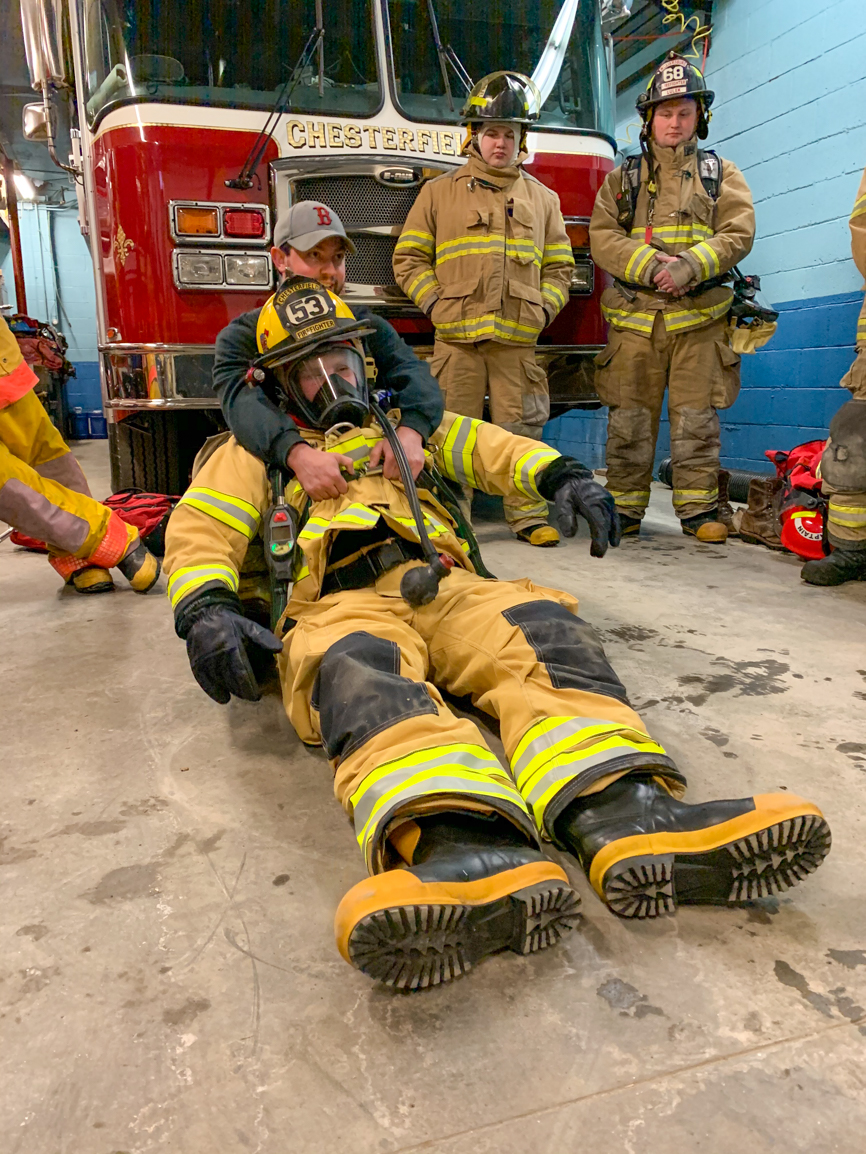 CHESTERFIELD, MA – During our monthly tri-town drill, firefighters from Chesterfield, Goshen and Williamsburg had a sobering conversation about what we do when it’s one of us that needs help.

The day after the drill, FirefighterCloseCalls.com sent out an e-mail that read in part “As you know, half of all Firefighter deaths each year are cardiac-related – and many who survived a cardiac incident have reported not feeling well or that something was wrong prior.”

As firefighters, what do we do? If we were at the scene of an emergency call, we would advise the patient to get checked out. Right? However, many firefighters just want to go home and lay down.

Our drill concentrated on the mechanics of doffing the turnout gear of a fallen firefighter while performing CPR. The groups practiced the procedure several times before joining together at the end of the training session to apply what we had learned one last time – from removing their turnout coat and SCBA to laying them onto a scoop stretcher and carrying them onto a waiting stretcher supplied by the Highland Ambulance crew that also attended the drill.

The takeaways from the training (again, thanks to Billy Goldfedder from The Secret List) are as follows:

If you’re a Firefighter and your body is signaling to you an “uncomfortable” or “different” feeling that you have never experienced before with extreme fatigue and other symptoms, you need to act and those around you need to act.

If a Firefighter tells you ‘something is wrong’ or ‘I don’t feel right’ or any similar statement, do not tell them to go home or lay down in the bunk hall. Their body is sending them a signal that something could be seriously wrong.

Our thanks to Zach Hewes and Drew Morse of the Chesterfield Fire Department for leading the training.