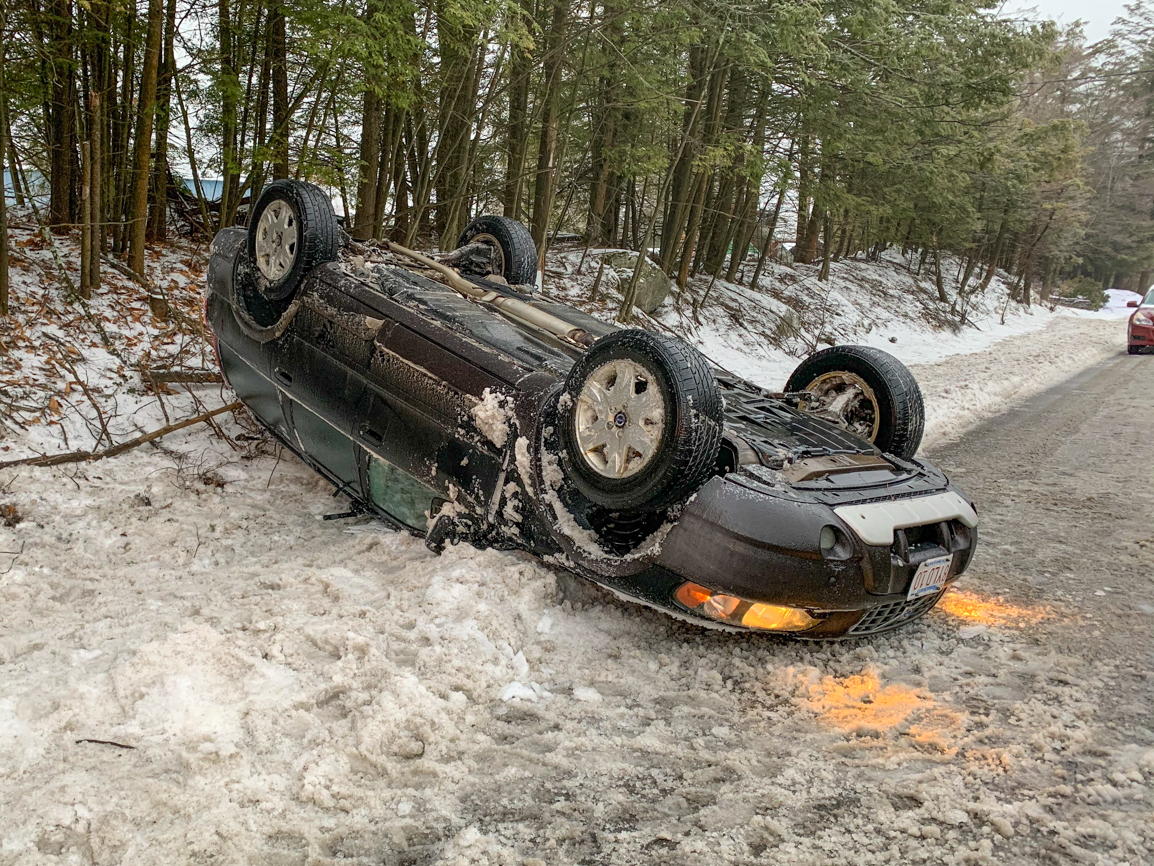 GOSHEN, MA – Goshen firefighters, Police, and Highland Ambulance members were called to Berkshire Trail West (Route 9) in the area of the Goshen Stone Company for a one car motor vehicle rollover.

A light drizzle coupled with 28 degree temperatures coated everything it touched with a layer of ice – that included the road.

The driver of this Volvo, who sustained minor injuries, was traveling westbound on Route 9 when he lost control of the vehicle and crossed over into the eastbound lane.  The car flipped onto its roof when it came in contact with the drainage ditch.  He was evaluated by Highland Ambulance paramedics but refused transport to the local hospital.

Route 9 was closed down by Goshen Police for approximately 15 minutes while a tow truck operator from Hampshire Towing worked to get the car back on its four wheels before loading it onto a flatbed.