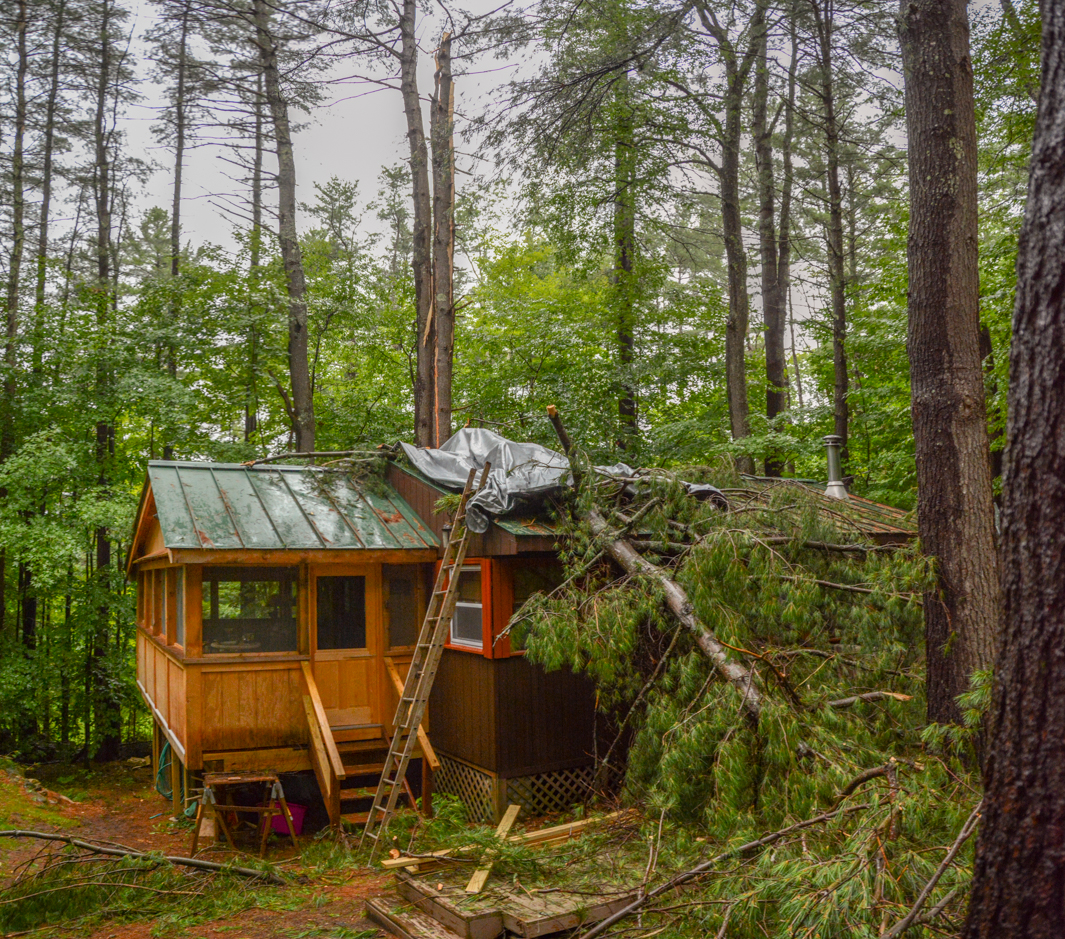 Goshen firefighters responded to 44 Pine Road in Hammond Acres for a report of a tree on a house with no injuries and no wires down.

The homeowners were sitting on the enclosed porch of the camp at the height of yesterdays thunderstorm when they heard the loud clap from a lightning bolt which struck a tall pine tree less then 20 feet away from where they were. The initial shock was then followed by the sound of the upper half of the tree crashing through the roof of the building. Due to the size of the tree, several large branches pierced the metal roof and interior ceilings of the home.

The smell of a freshly cut pine tree permeated the air when firefighters first arrived on scene. Power to the house was turned off as a precaution when lights began to flicker.

Firefighters carefully made their way onto the slippery roof of the structure with a chain saw and a 20′ X 40′ tarp to reduce the amount of rain that was making its way inside.

Goshen firefighters are very familiar with this house. Less than two years ago on February 25, 2017, another large pine tree fell onto the building when the tornado came through town. The homeowners had just passed their electrical inspection last week from the previous renovation and were happy to be back in their camp when yesterdays incident occurred. While disappointed, they put things in perspective and were thankful that no one was hurt.