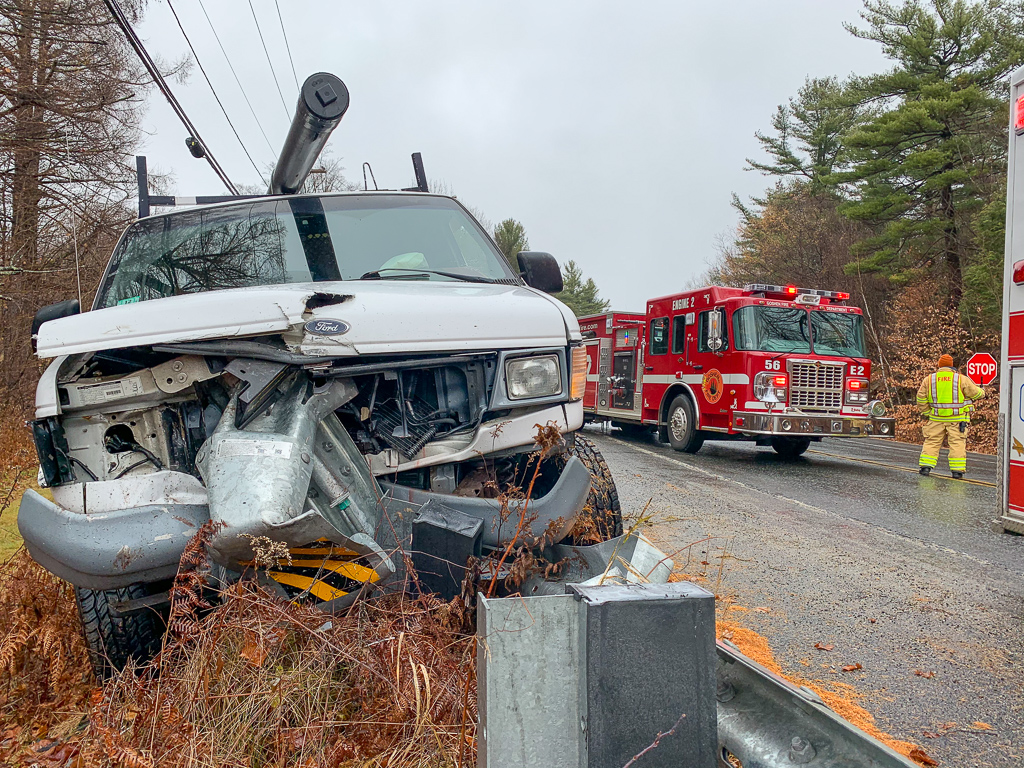 GOSHEN, MA – Goshen firefighters were dispatched to Cape Street at 1010 hours on Wednesday for a report of a one car accident a 1/4 mile from Route 9.

The driver of this van failed to negotiate a curve and came in contact with the guardrail just past the entrance to the Goshen Cemetery on Route 112. The force of the head-on impact was enough to cause the vans airbags to deploy. The lone occupant of the vehicle was shaken up by the collision and was transported to Cooley Dickenson Hospital by a crew from Highland Ambulance.

The guardrail had become so entangled with the van that firefighters had to cut it away before it could be removed from the scene by Hampshire Towing.