WILLIAMSBURG, MA – Firefighters from Goshen and Chesterfield were called mutual aid to 103 Main Street in Williamsburg at 1828 hours Thursday night to assist Williamsburg and Northampton fire departments for a reported structure fire.

First arriving units encountered heavy smoke throughout the two-story wooden structure.  A crew from Northampton Fire set up a water supply as an interior attack by Williamsburg Fire quickly knocked down active flames found in the basement.

During overhaul operations, fans were used to evacuate smoke from the structure.  Thermal imaging equipment confirmed that the fire was contained to the cellar of the dwelling.

One firefighter was evaluated by Highland Ambulance personnel and released.

While crews were still on scene at the fire, a separate call for a motor vehicle into a utility pole with wires down on South Street came in.  Firefighters from Williamsburg and Goshen responded with Williamsburg’s Engine 2 along with a second unit from Highland Ambulance.
Shortly after arriving on scene, South Street was closed in both directions because of the sheared utility pole.
According to the driver, they became distracted and lost control of the vehicle while attempting to avoid getting stung by a bee that had entered the passenger compartment.
The driver was evaluated by Highland Ambulance personnel but refused additional treatment.
Two crews from National Grid worked to replace the damaged utility pole.

Back at the fire scene on Main Street, firefighters had set up a blue tarp on the front lawn of the residence that was used as a staging area for equipment.  It was soon discovered that the space was also being shared with a nearby family of ground-nesting bees. 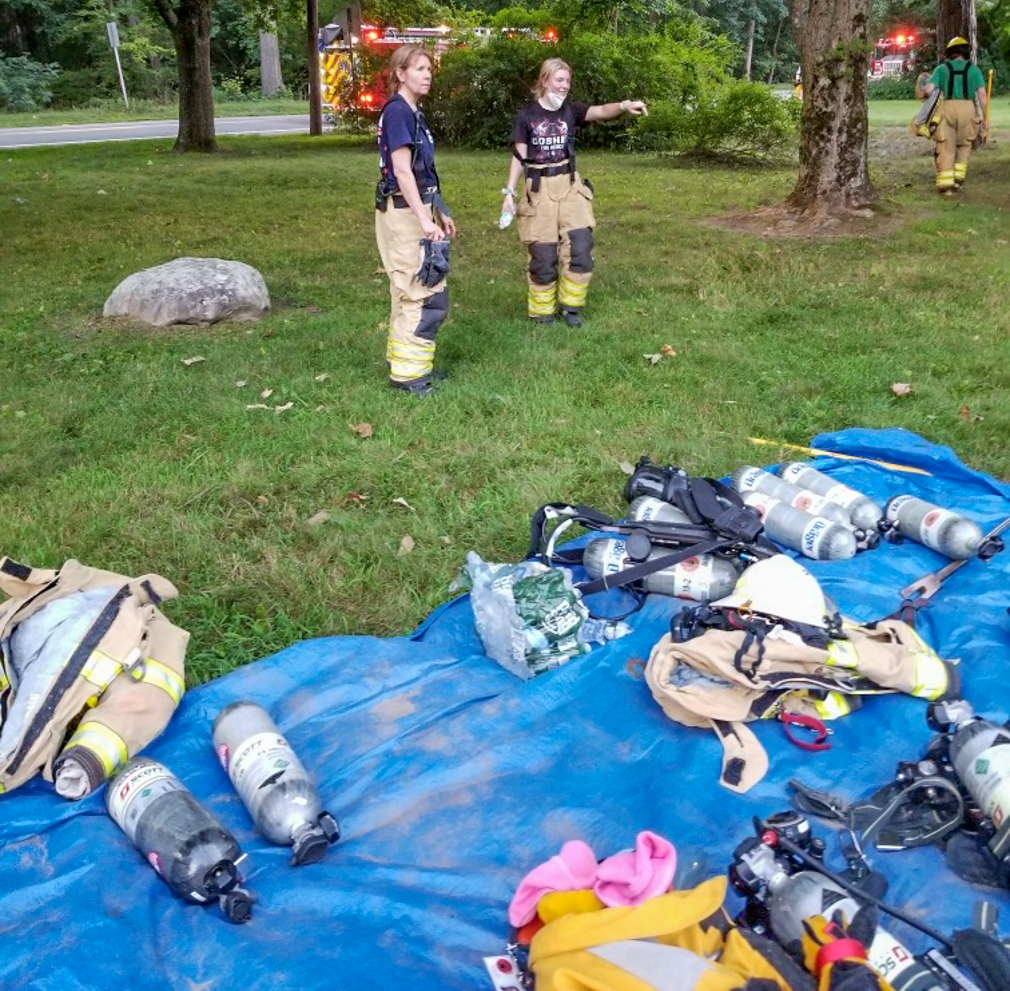 Several firefighters were stung by the bees.  One unsuspecting Williamsburg firefighter suffered an allergic reaction to the bee sting was initially tended to by Highland Ambulance personnel but had to be transported to Cooley Dickenson hospital for further treatment.

As operations at the fire scene started to wind down, firefighters began rolling hose and putting equipment away.  Goshen’s Junior firefighter Emily Godden overheard several other members talking about getting ice cream after the call.  What many of us didn’t know was that Emily works at Village Green – a favorite ice cream spot for us that just happened to be a few hundred yards up the street.

One phone call to Annette at Village Green and soon Emily was joined by fellow Goshen Junior firefighter Adrien Neveu for an ice cream run.  To the delight of many, they returned with 36 vanilla and chocolate ice cream sandwiches that were donated by Village Green.

Shortly thereafter, we were cleared from the scene and drove to the South Street incident to deliver the frozen treats to members there and pick up our firefighters before returning to our station.
Williamsburg fire remained on the scene of the fire call until 11PM.
The cause of the fire is under investigation. 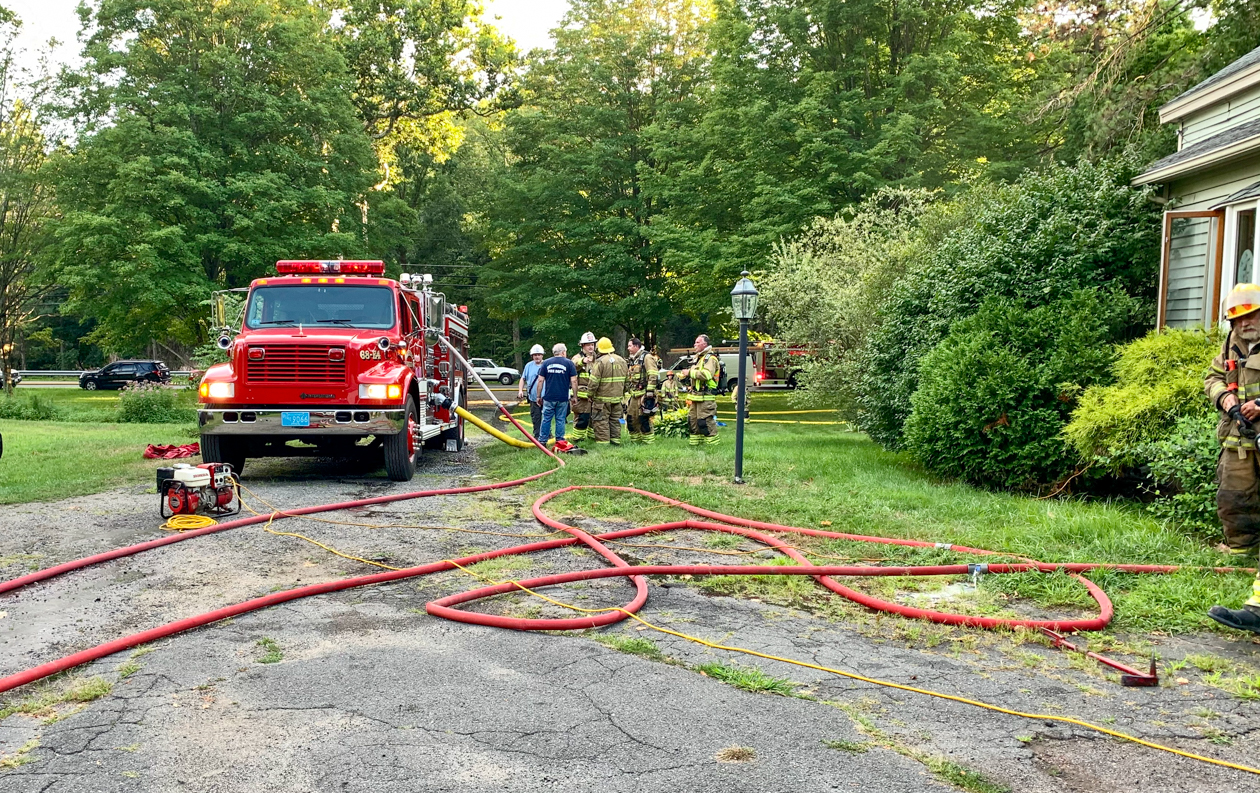