Near Head-on Collision Sends Two to The Hospital 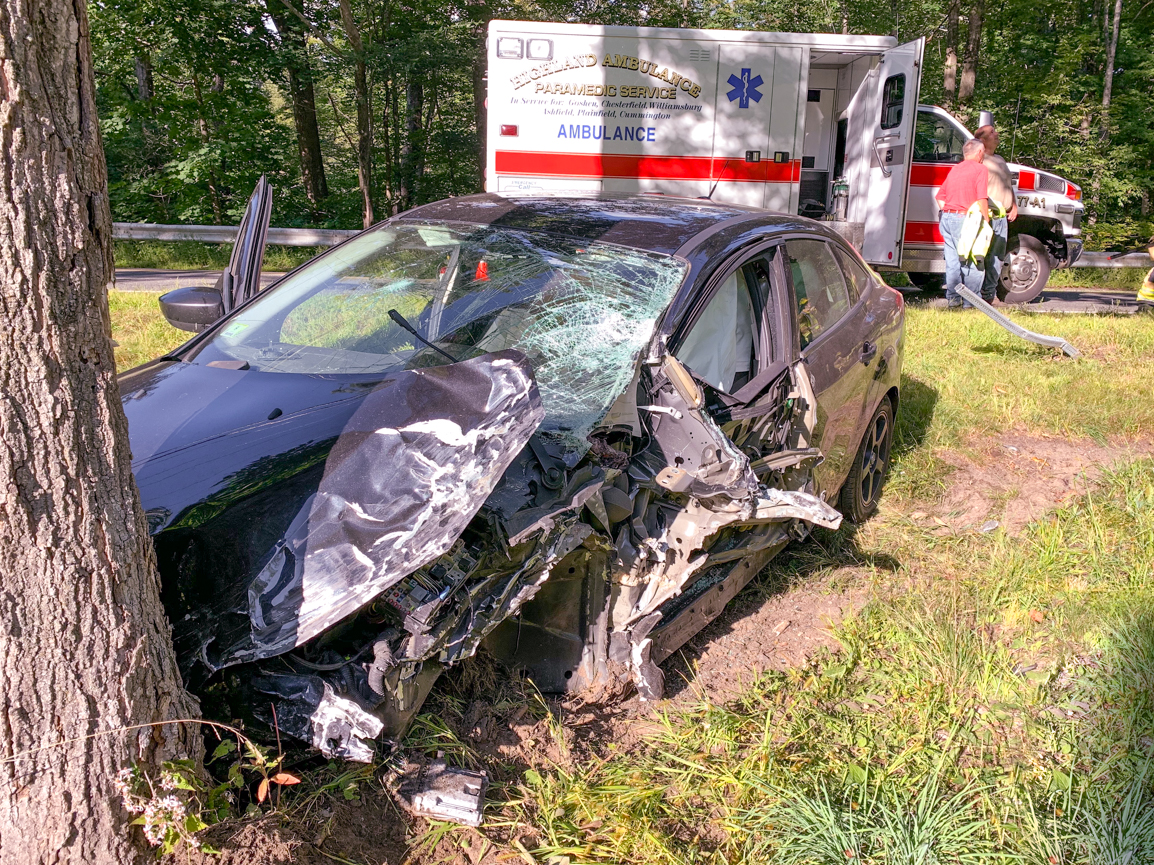 GOSHEN, MA – At 1632 hours today, Goshen firefighters were dispatched to the scene of a two-car motor vehicle crash on Route 9 at the intersection of Old Goshen Road.

After colliding, both cars ended up off the road. The blue Toyota clipped a utility pole and traveled approximately 50′ into a ditch. The black Ford exited the roadway and came to rest on a maple tree. 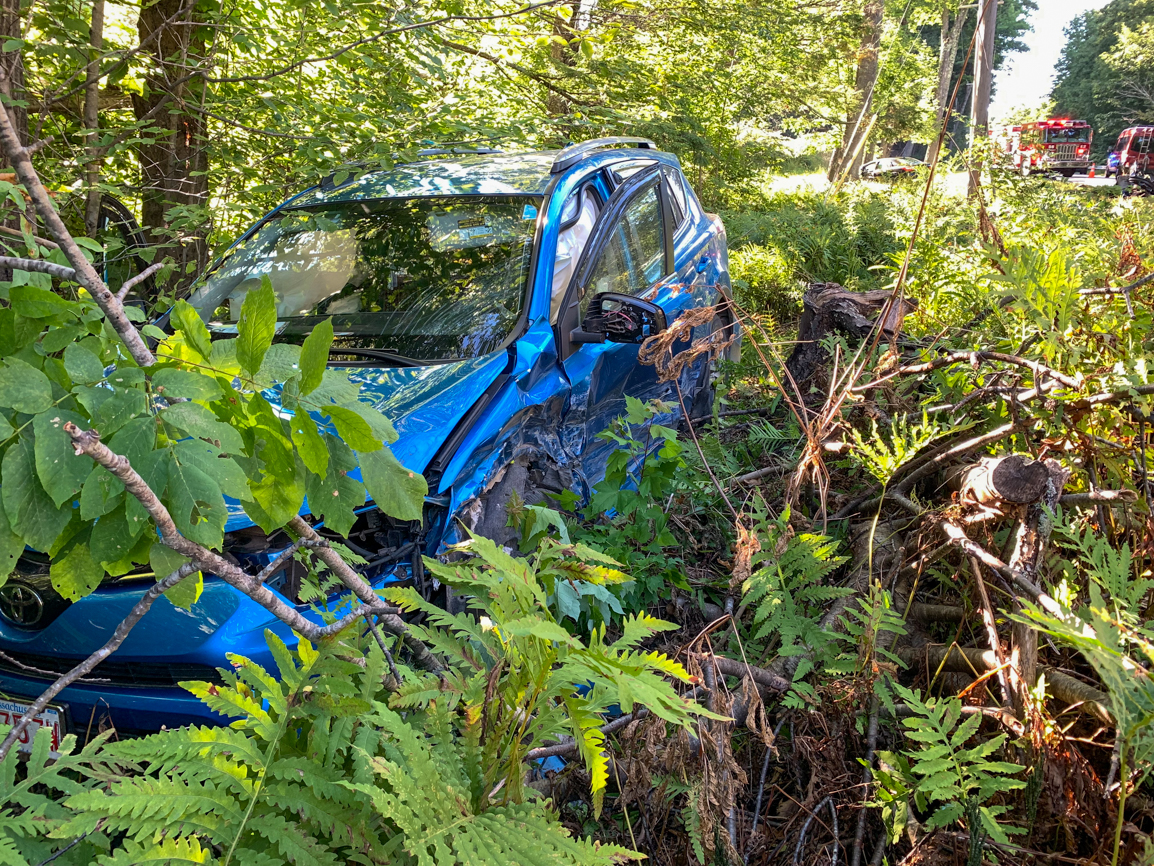 The collision was violent enough that airbags in both cars were deployed. Both drivers were taken to Cooley Dickenson hospital by Highland Ambulance personnel with non-life threatening injuries.

Goshen police are investigating the cause of the accident. They were assisted by officers from both Chesterfield and Williamsburg.

The scene was cleared at 1830 hours after both severely damaged vehicles were removed by two Hampshire Towing flatbed trucks. 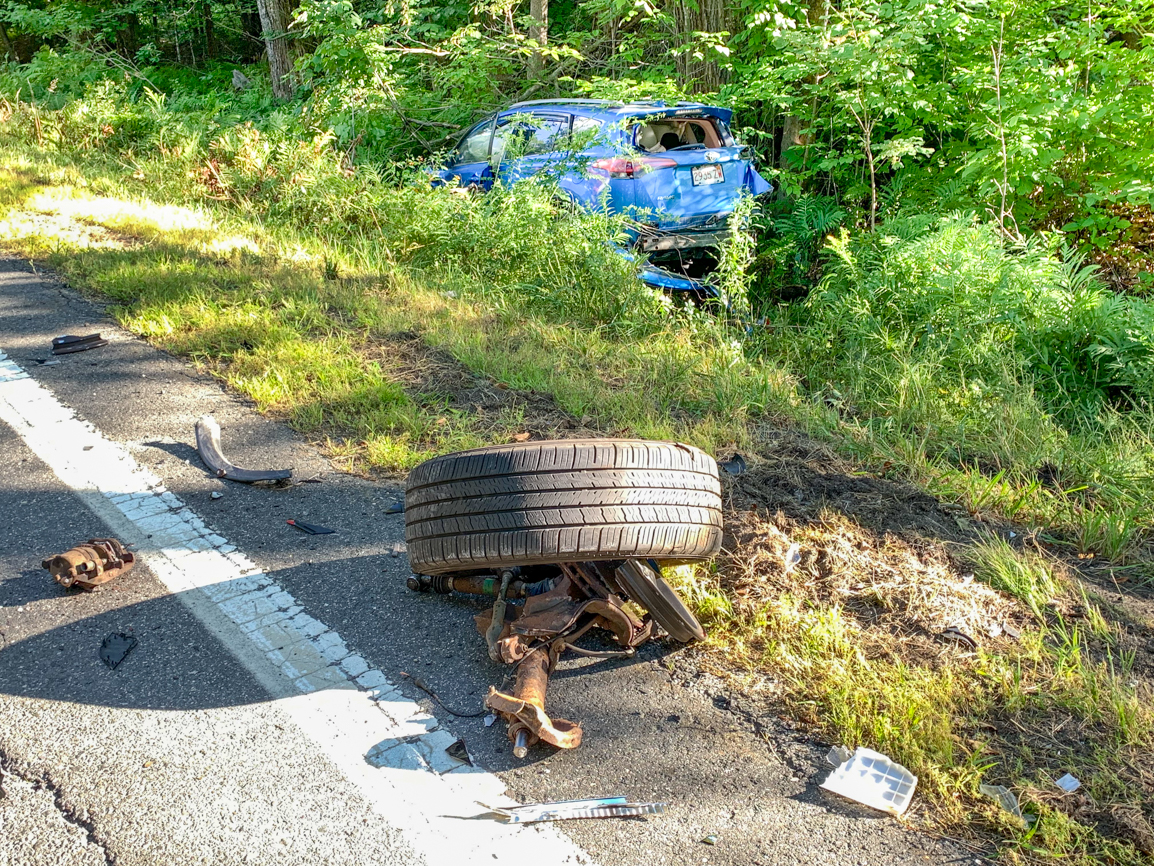