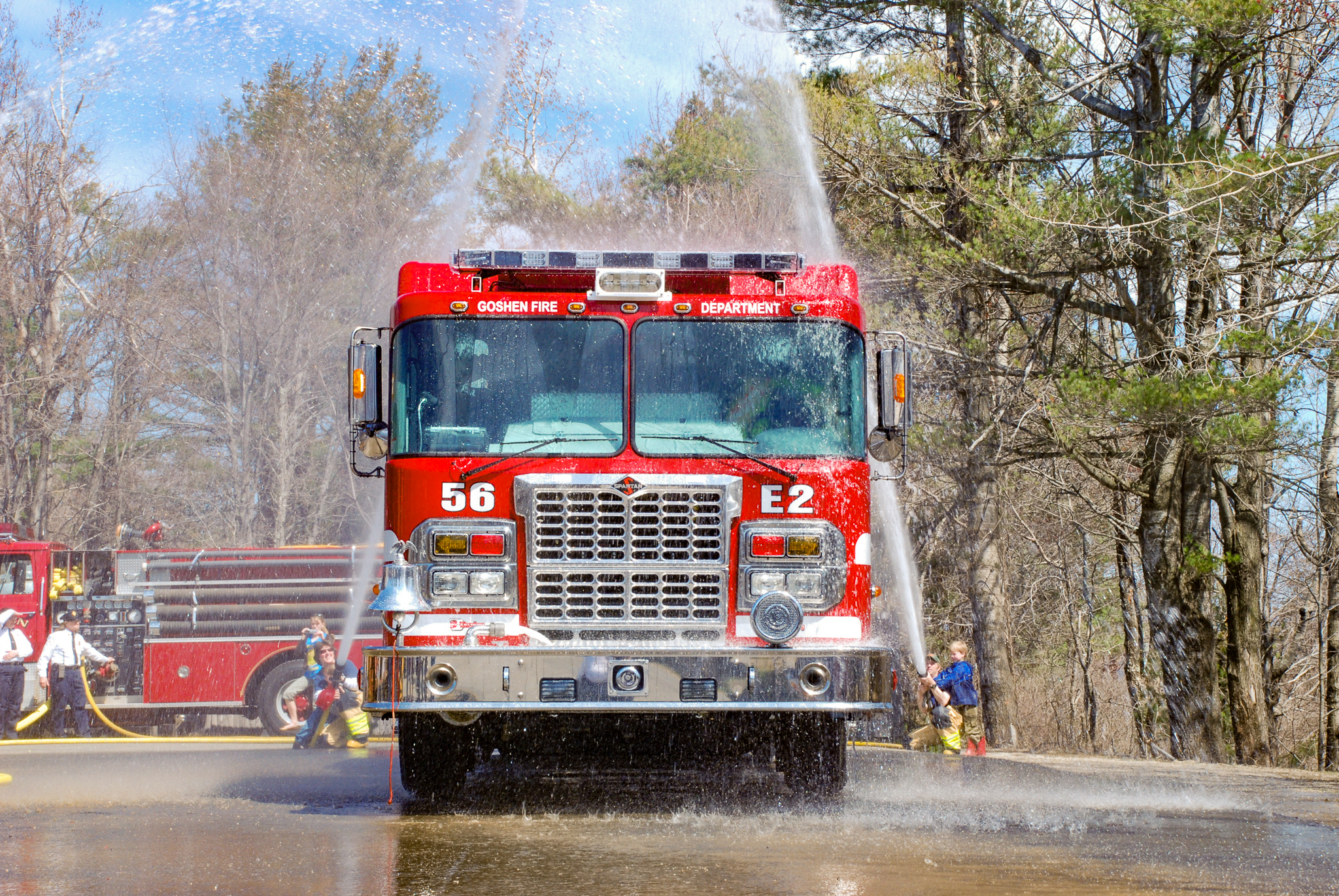 Goshen Fire Department’s new 2008 Darley pumper during the wetdown.  This feat was accomplished by pumping water from our tanker to 56-E1 to 56-E4 and finally through our 1937 Dodge.  That way, every piece of apparatus was involved in the ceremony.

GOSHEN, MA – The Town has reason to celebrate.  The fire department held an open house and wetdown of their latest fire engine on April 19th.  Over 100 members of the community showed their support by stopping by to tour the firehouse, try on gear, and take in the sights.

Firefighting apparatus that spanned seven decades was on display.  Trucks included the Town’s 1937 Dodge – Goshen’s first engine, a 1960 American LaFrance (56-E4), a 1985 Pierce (56-E1) and the brand new 2008 Darley (56-E2).  “I want to thank everyone for coming to see what the Goshen Fire Department is all about and to welcome our new engine, 56-E2, to town.” said Fire Chief Sue Labrie in her opening remarks. 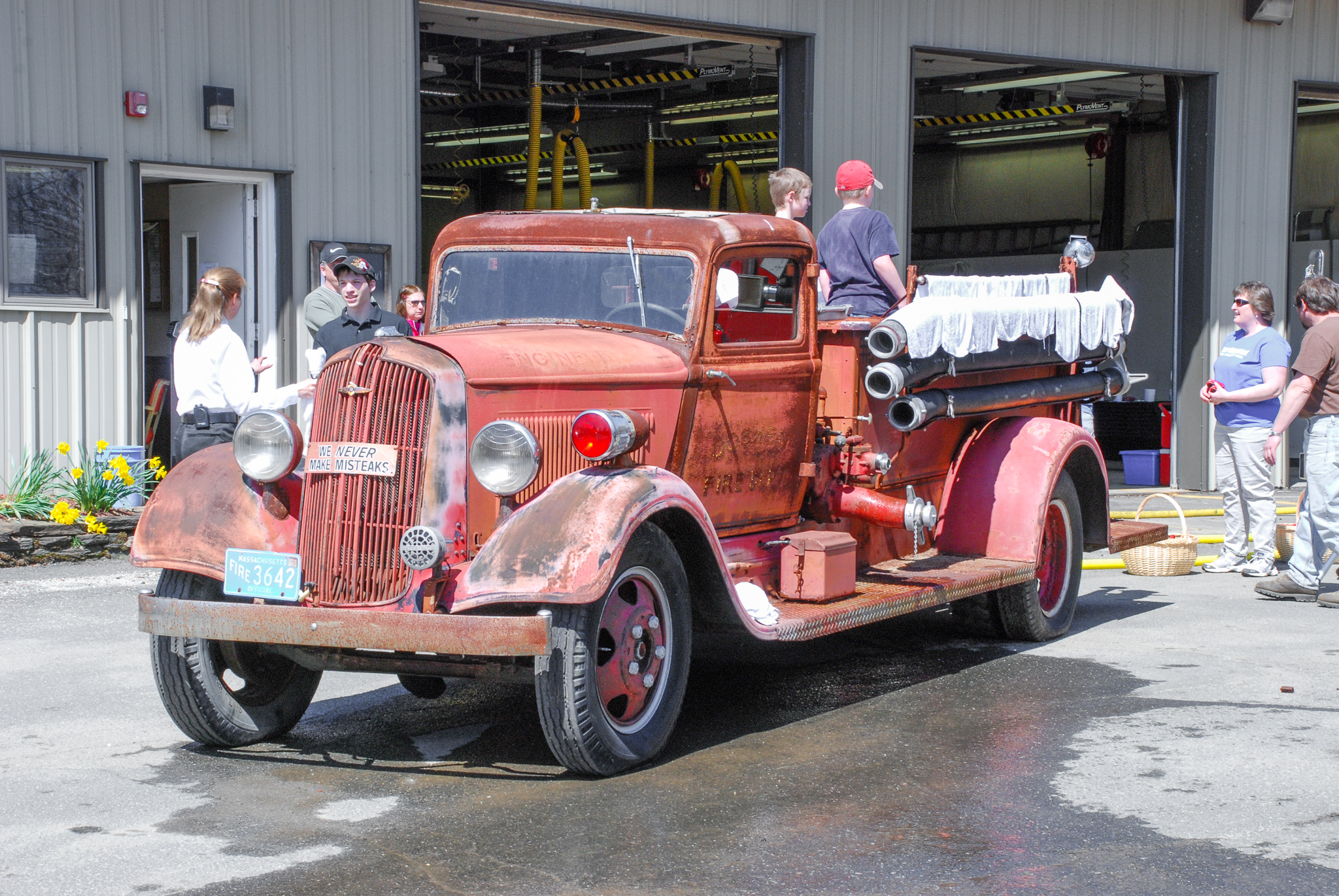 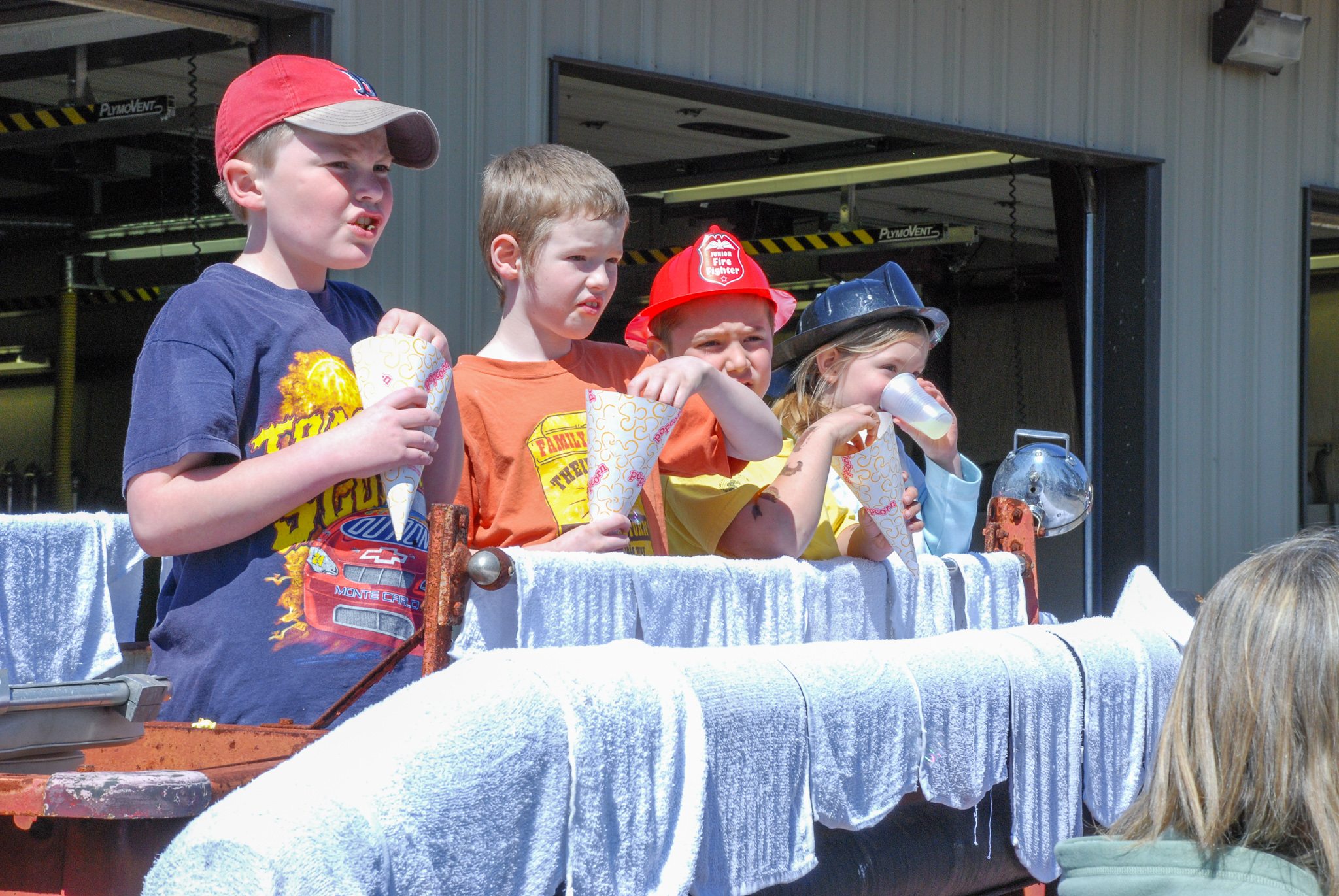 Onlookers take a break from day’s activities and check out the sights from their perch in the hose bed of the 1937 Dodge.

The truck was received by the Department last November and put into service in January after is was fully equipped and Department members were trained on its use.  The new fire engine has already been put through the paces by assisting at recent fires in Cummington on Swift River Road and in Northampton at last week’s incident at the Meadowbrook apartments. 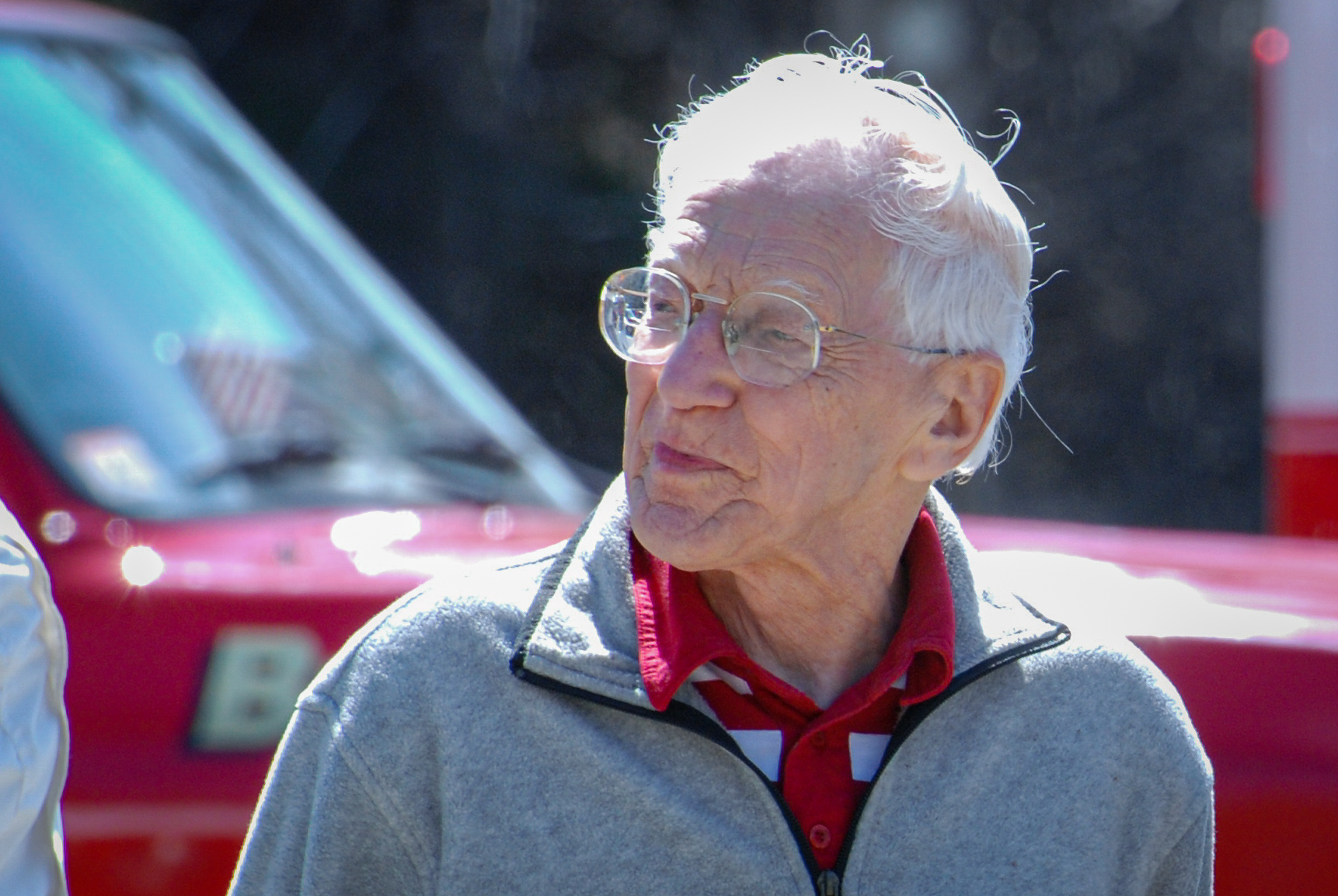 The planning for the new truck began several years ago while Francis Dresser was still the fire chief.  The design evolved over the years as the new truck committee continued to research technology and visit other fire departments to see their engines.

When the Department was awarded an Assistance to Firefighters grant in 2007, the truck committee worked tirelessly to come up with a final design to best fit the Department and the Town.  Subsequently, they went out to bid, awarded the contract, and went on an inspection trip to see the truck in its construction phase.  This allowed the committee to make a few improvements, see the inner workings of the vehicle, understand how the truck was made, and confirm that everything that was specified was there. 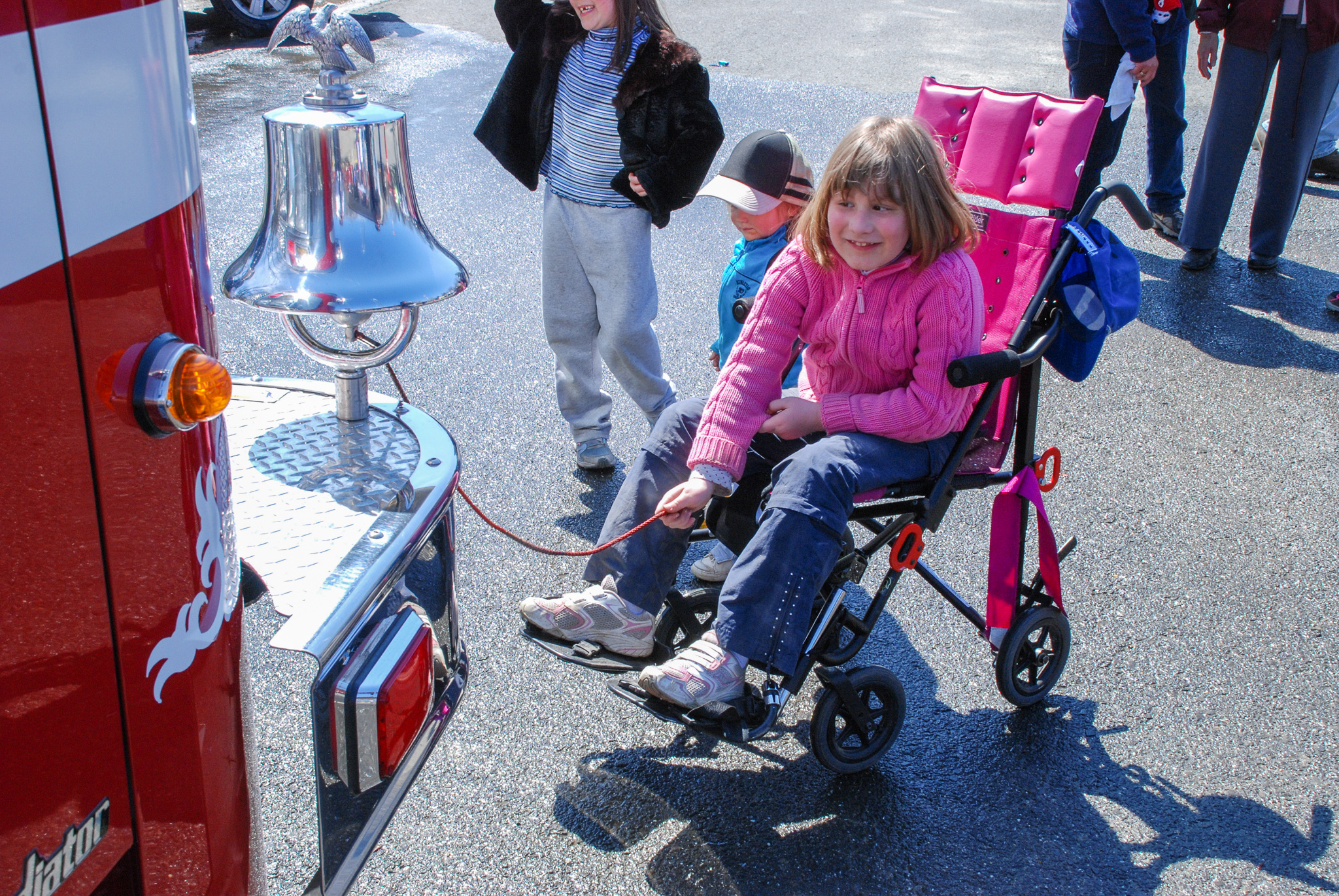 Naomi Harry rings the bell from the 1960 American LaFrance that was installed on the front bumper of the 2008 Darley.

Chief Labrie’s comments were followed by an old-fashioned wetdown of the new engine.  A wetdown is a ceremony which has its origins in the maratime community when new ships were christened.  The volunteer fire services have borrowed from that tradition and instead use the wetting down of a new piece of apparatus as a metaphor for baptism. 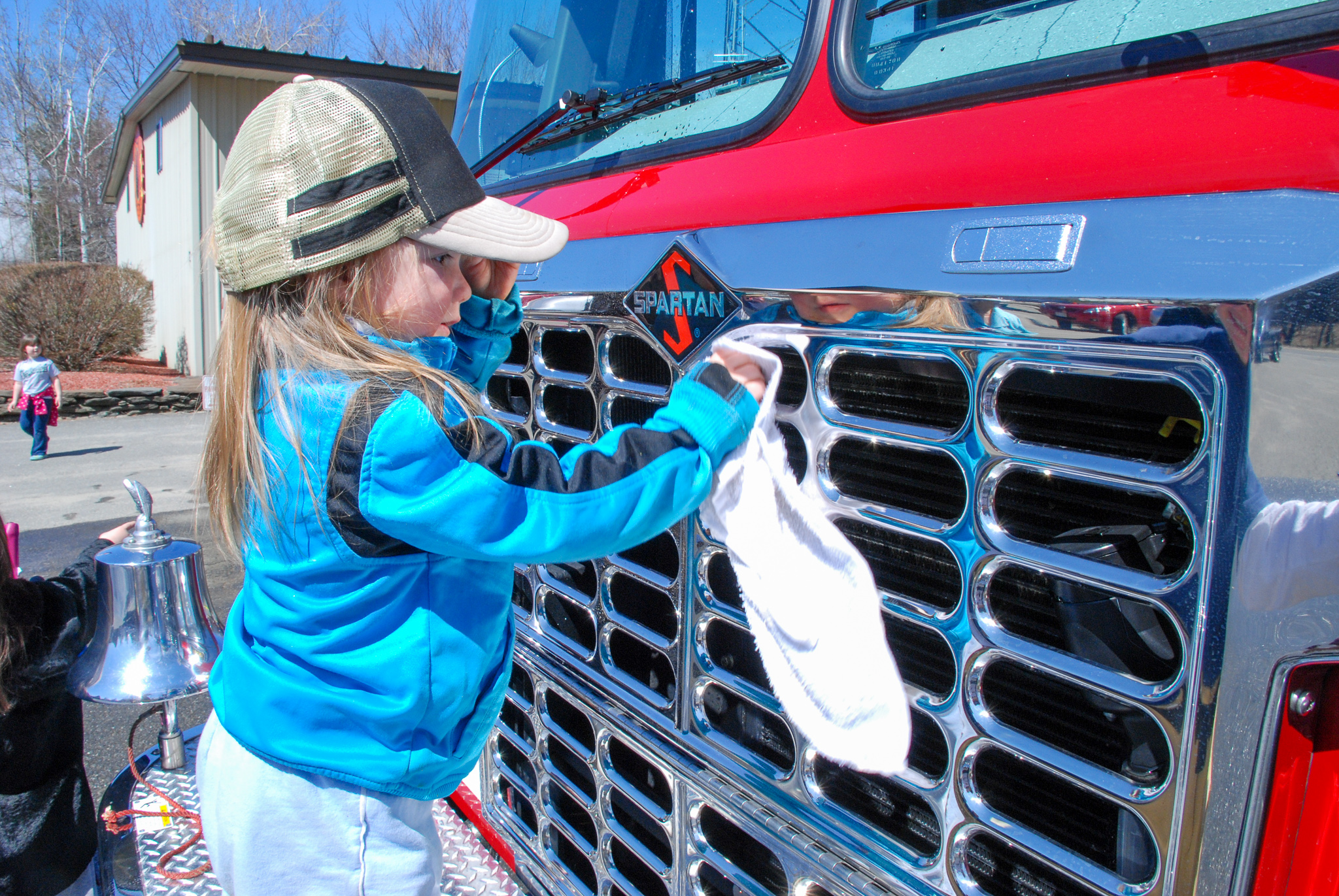 After the ceremony, bystanders were asked to participate in an equally old-fashioned ‘drydown’.  Towels were handed out to young and young at heart and the drying of the new engine began. 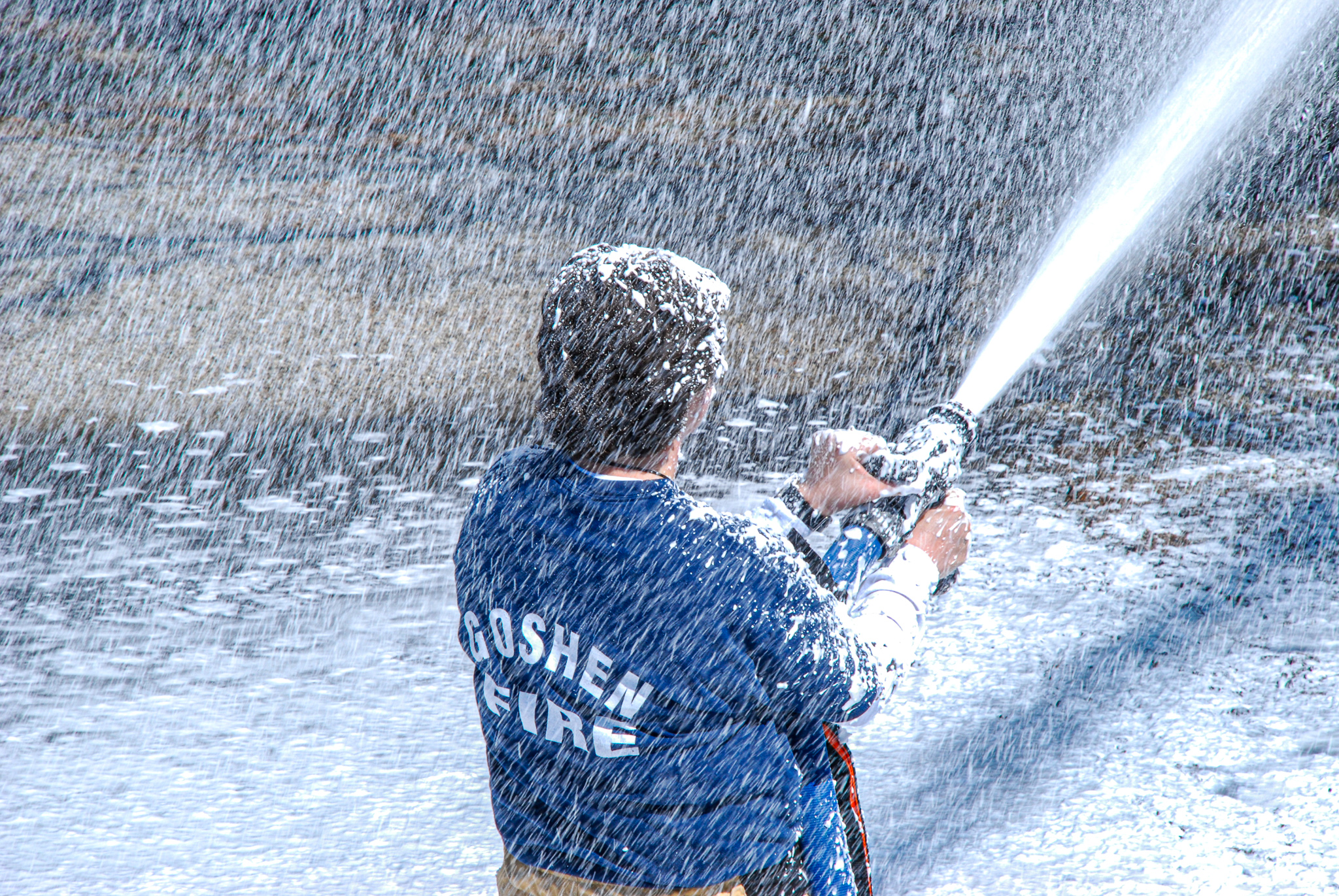 Firefighter Monica Neveu demonstrates where not to stand when demostrating the use of foam on a windy day.

Fire Department members also gave a demonstration on the differences between using water and foam on a fire.  The new engine is equipped with a compressed air foam system (CAFS) which pre-mixes a foam solution with air and water to produce bubbles that have the consistency of shaving cream.  According to the Department’s website, the advantage of foam is that CAFS improves the efficiency of plain water by five to seven times.  It provides a faster means of fire knockdown, offers a rapid reduction in heat, requires less water, and it provides lighter and more manageable hose lines because they are typically a fraction of the weight of comparable hoses filled with water.  CAFS also reduces property damage by using less water and putting out the fire quicker.  Utilizing CAFS lowers pump pressure resulting in fuel savings and reducing physical strain on firefighters. 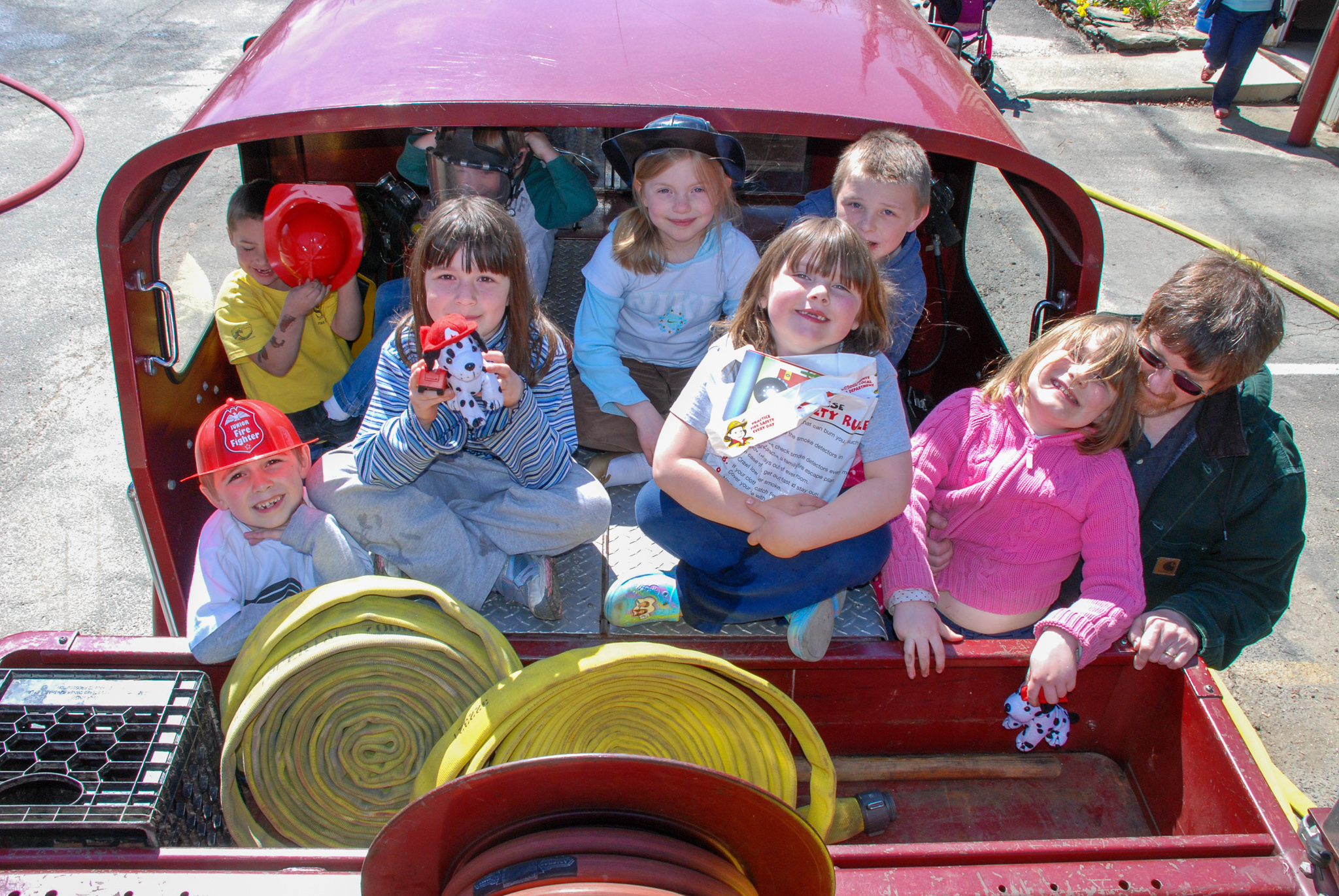 At the end of the festivities, Fire Chief Sue Labrie handed out door prizes to the anxious crowd of onlookers.  Giveaways ranged from carbon monoxide and smoke detectors to home escape ladders.

As if on queue, the Fire Department was then called to an out of control brush fire on Route 9 in the area of the Whale Inn.  The call was made by members of the Department of Conservation and Recreation (DCR) from their fire tower in Shutesbury.  They witnessed a significant increase in the volume of smoke coming from a permitted burn.  When firefighters arrived on scene, they assisted the homeowners who were doing their best to conain flames that had escaped them. 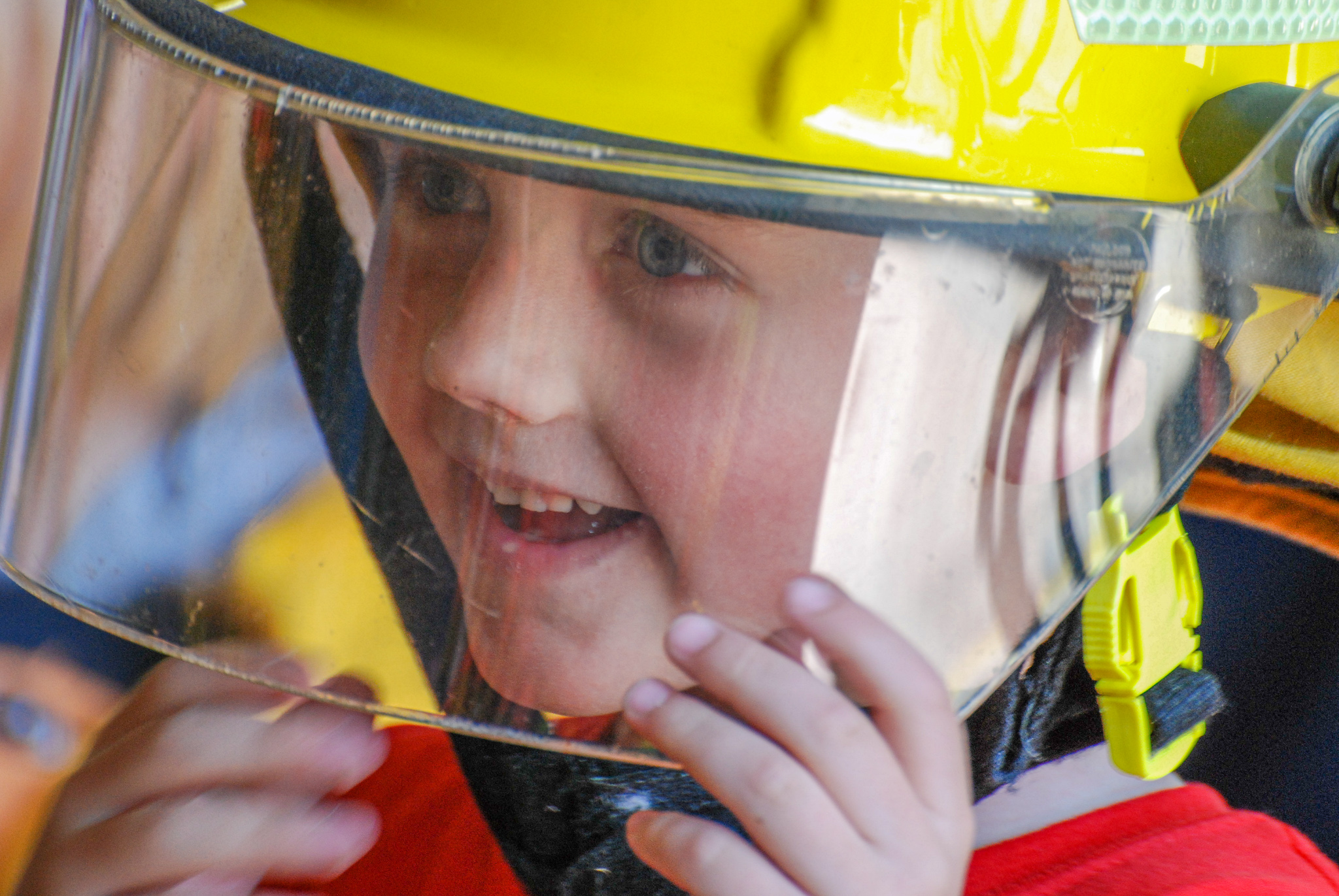 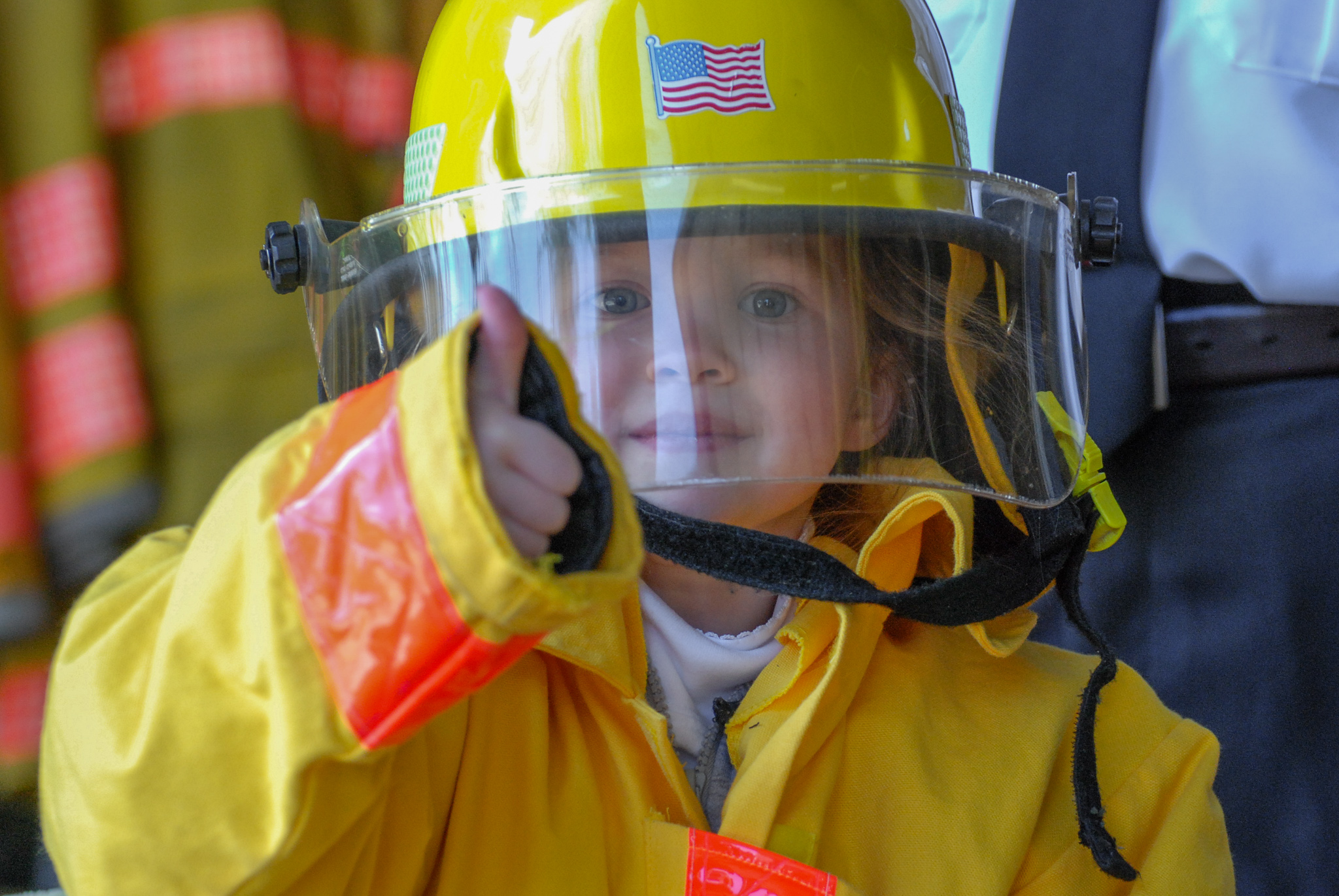 Michaela Rock gives a thumbs up to the day’s events. 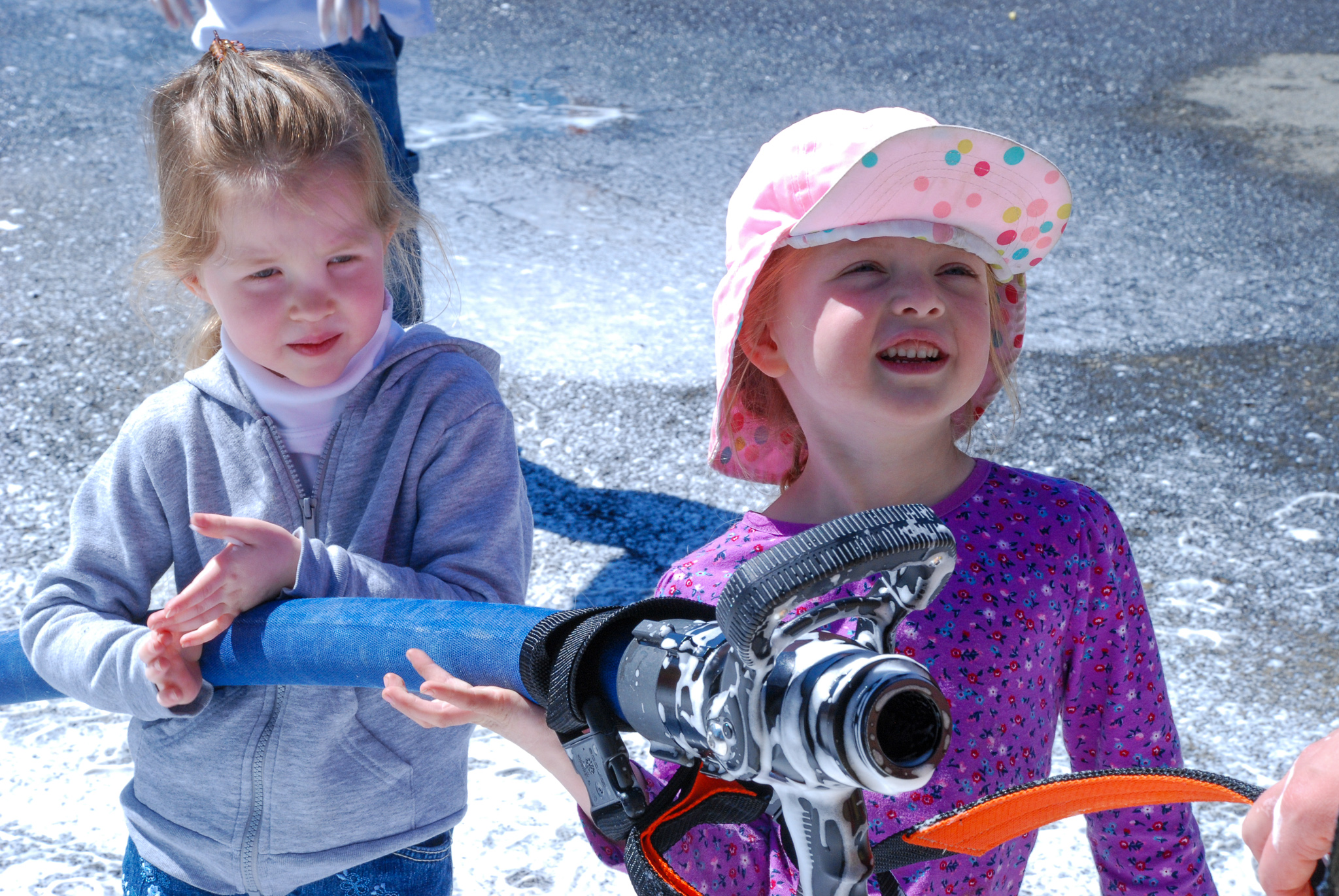 Michaela Rock and Scarlet Connel practice their hands on the nozzle.

Just from the looks and smiles on the faces of the many children that participated in the hands on demonstrations, a new generation of firefighters has been born. 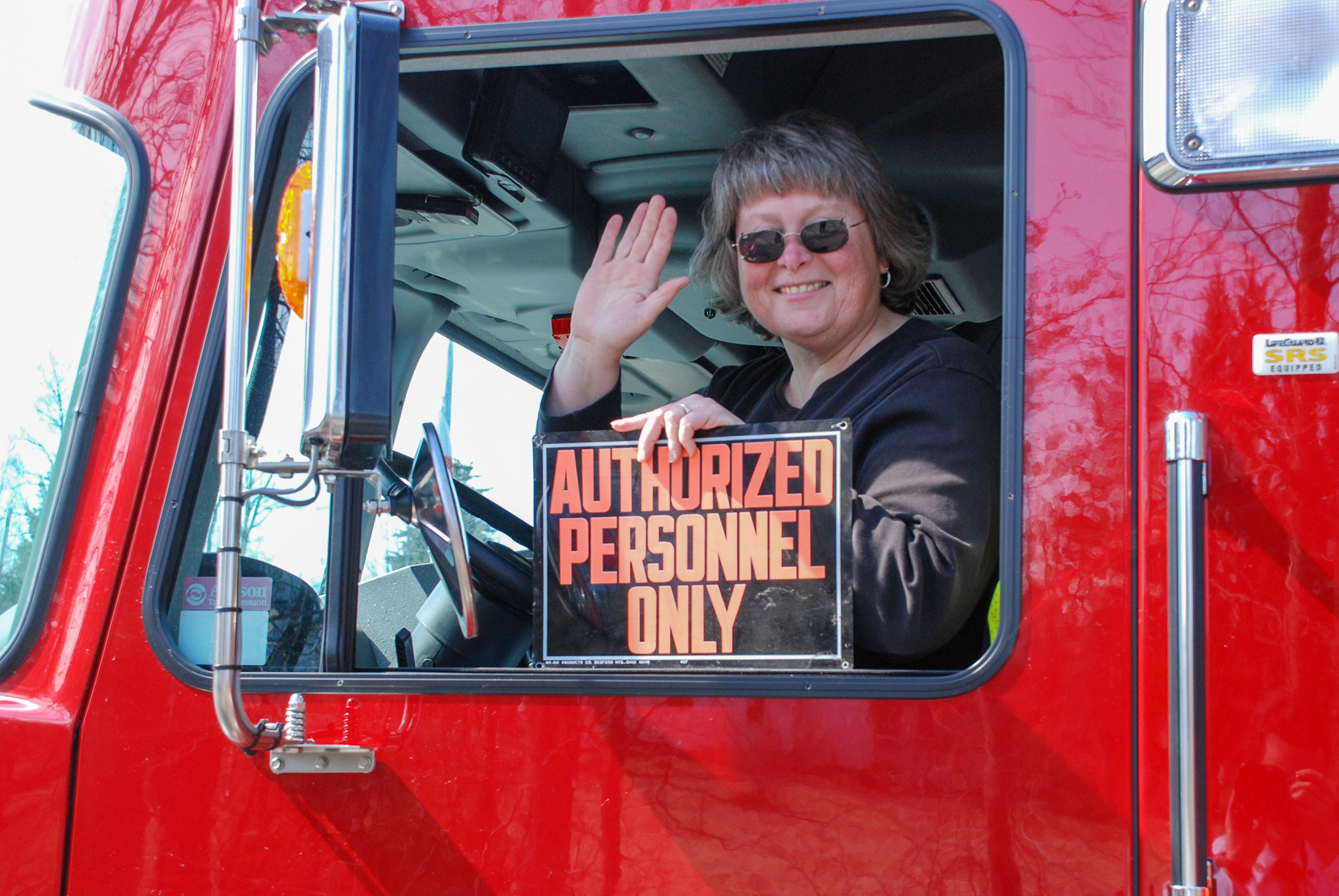