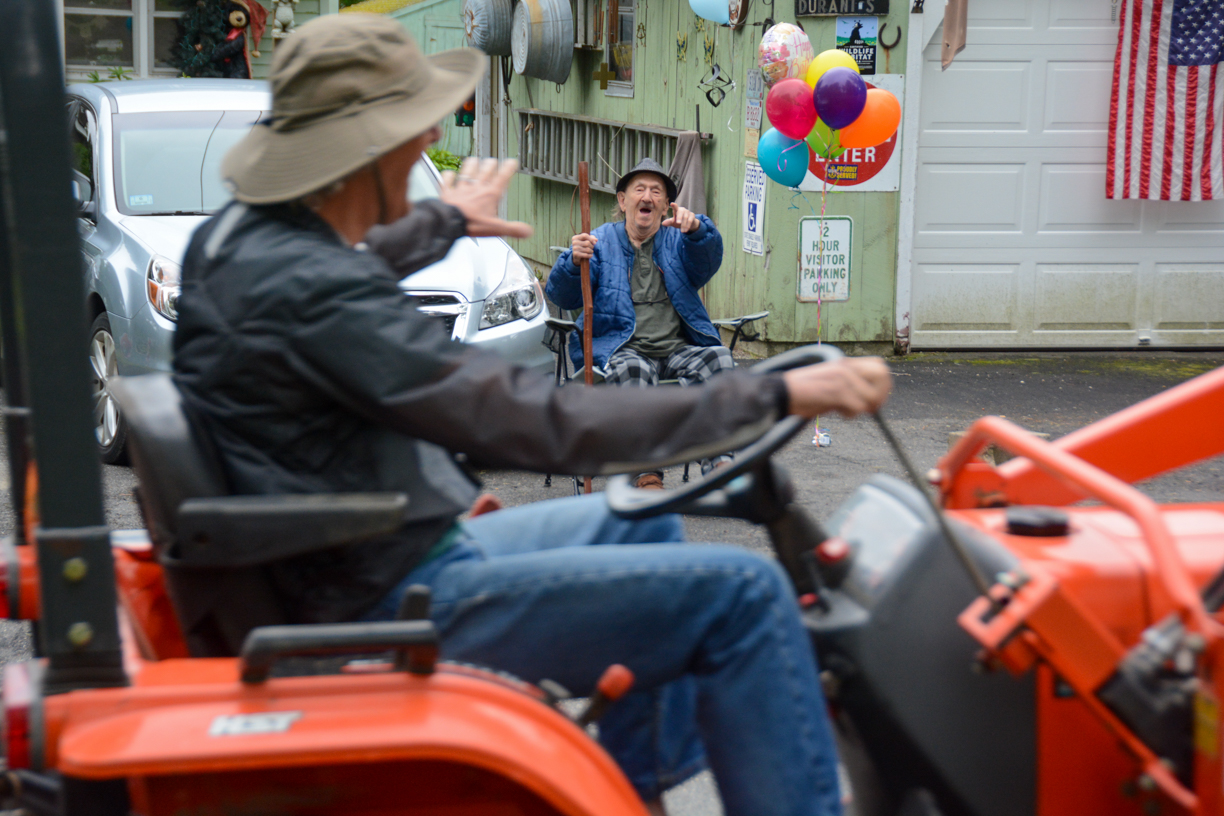 GOSHEN, MA – Goshen firefighters along with Goshen Police and Highland Ambulance personnel responded to East Street at noon on Sunday for a report that a former GFD firefighter was celebrating his 94th birthday.

Richard “Dick” Durant was found seated in a portable chair at the end of his driveway as approximately 40 cars, trucks, tractors and motorcycles lined up to share in the celebration.

The parade was organized by Jim Durant (Dick’s son) as a surprise for his father.