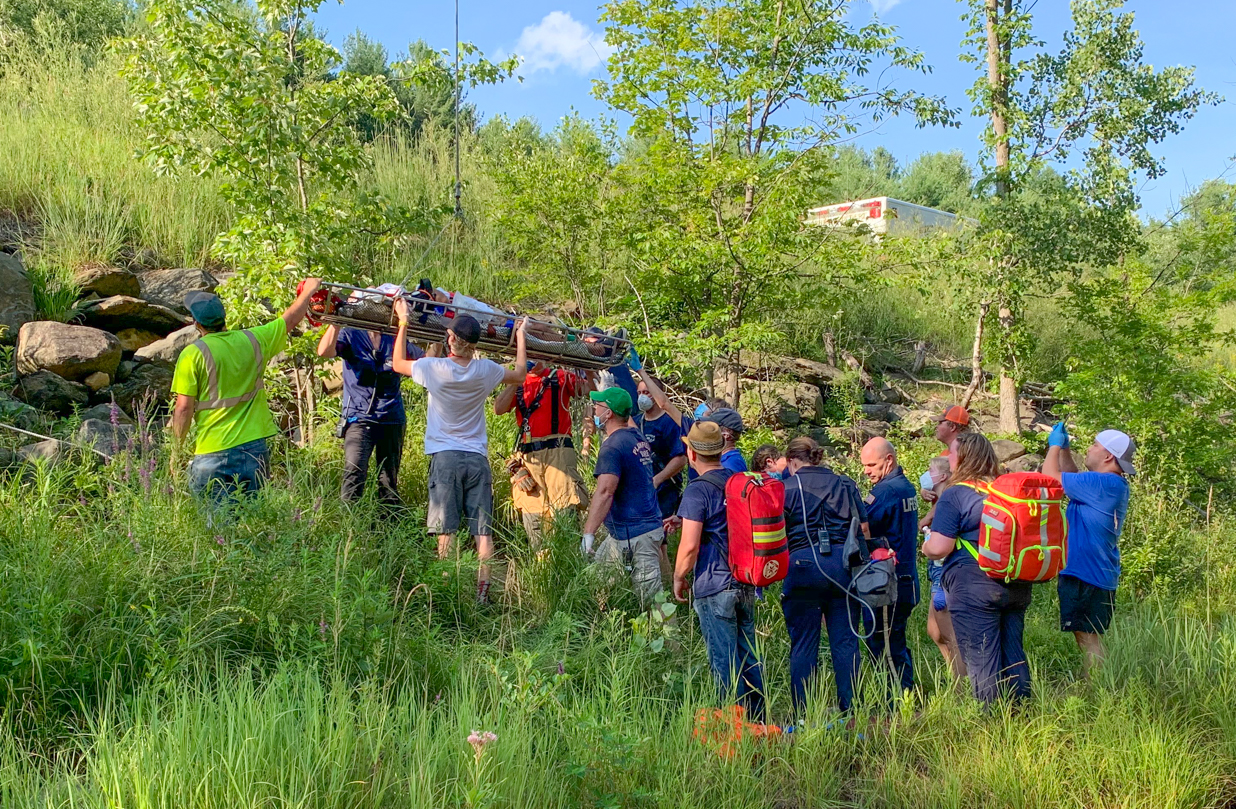 CUMMINGTON, MA – Goshen, Chesterfield, and Plainfield firefighters responded mutual aid to the town of Cummington at 1530 hours to assist Cummington Fire at the Route 9 rest area near Wilder Road for an off-road extrication which resulted from a medical emergency.

A rescue team made up of three Highland Ambulance staff, ten Goshen, 3 Plainfield and 2 Cummington firefighters was assembled.  They crossed the east branch of the Westfield river and hiked approximately 1 mile through the Gilbert A. Bliss State Forest with medical supplies and rescue equipment.  The well-worn path led them to a popular river destination known for its unique rock formations.  Once they got close to the swimming area, rescuers had to leave the path to make their way to where the patient was located.

While there were no known eyewitnesses to the event, several people who heard what they thought was a rock fall went to investigate.  That’s when they found a man with significant head injuries who had fallen approximately 20’ down a sheer rock face rising from the bank of the river onto rocks near the river’s edge.

After providing initial medical care to the patient, he was loaded into a stokes basket.  The most precarious part of the rescue was making our way from the accident scene back to the path along the river’s edge.  Six to eight firefighters at a time, wearing face coverings and gloves in the stifling heat and humidity of the day, had a handhold on the stokes the entire trip back to Route 9 due to the challenging terrain.  Shirts were so sweat-soaked that many looked like they had gone swimming.

The extensive injuries sustained by the patient coupled with the length of time it took for the rescue necessitated the need for rapid transport to the hospital.  As a result, a Life Star helicopter based at Westfield-Barnes Regional Airport in Westfield, Mass. was dispatched.  Chesterfield firefighters set up a landing zone at Pettingill Memorial Field off of Main Street in Cummington center.  Once they landed, paramedics from the helicopter met up with the patient on the banks of the river just west of the rest area.

During the last part of the rescue, former Cummington Fire Chief Bernie Forgea operated the departments bucket truck which hoisted the stokes basket up the final 20’ embankment to a waiting Highland ambulance.  The crew from Highland Ambulance then transported the patient to the Life Star helicopter which then flew him to Baystate Medical Center in Springfield. 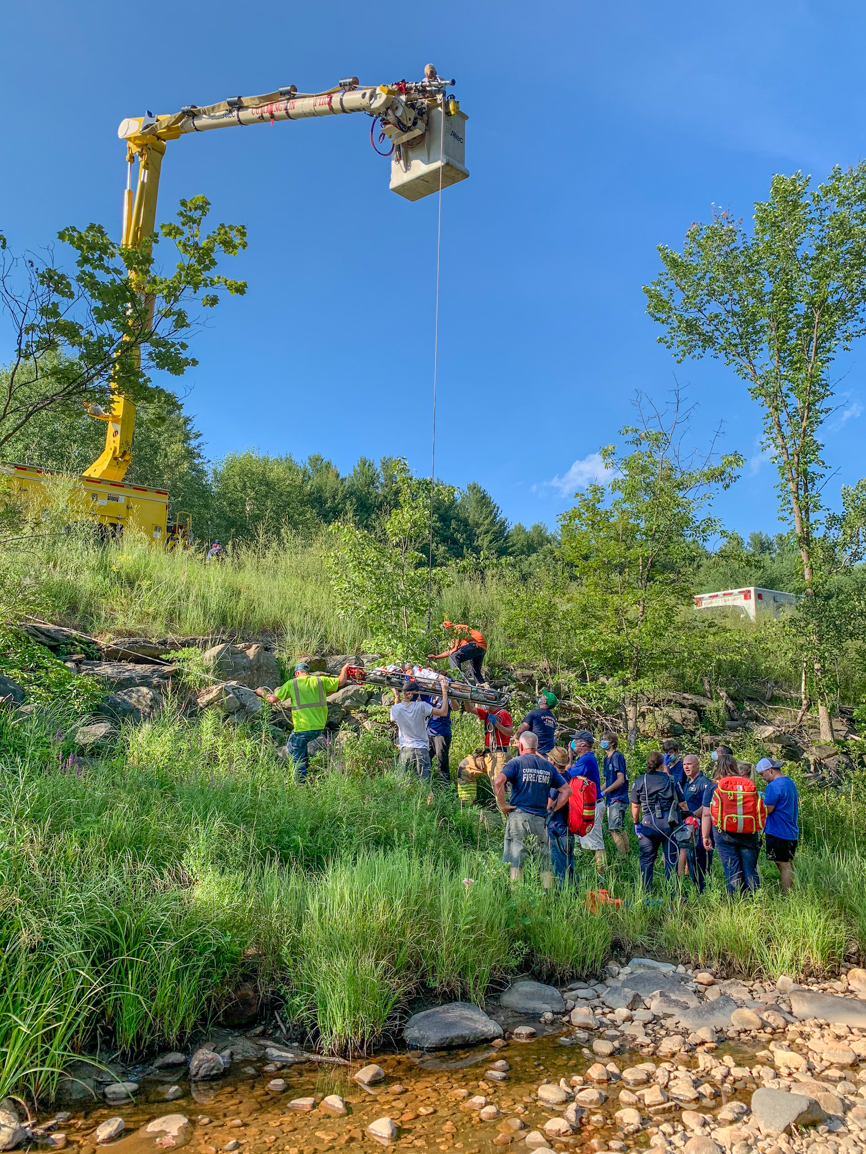 The entire operation took just over 2 hours to complete.