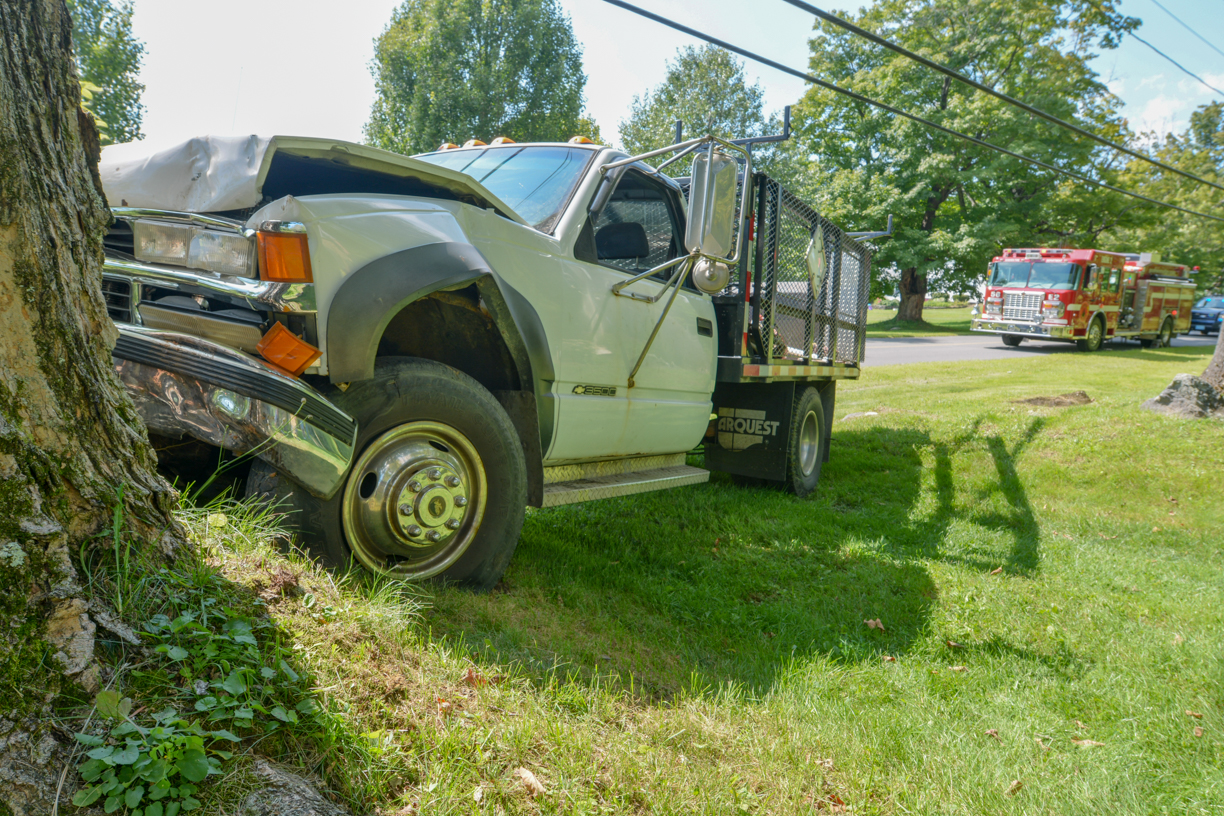 Goshen firefighters along with Goshen Police and Highland Ambulance responded to a single car motor vehicle crash in front of 29 South Main Street. The accident was called in at 1410 hours.

The Chevy 3500 pick up truck was traveling south when the driver lost control of the vehicle. It crossed the northbound lane of traffic and became airborne when it hit a rock on the side of the roadway then struck a large maple tree.

The lone occupant of the vehicle was transported to Cooley Dickenson hospital as a precaution.