Two-car Crash Sends One to Hospital

GOSHEN, MA – Goshen firefighters were called to Route 9 near Williams Drive at 1049 hours on Saturday for a report of a two-car motor vehicle crash that tore off the front end of one vehicle.

Many firefighters, EMT’s and police officers were attending Goshen’s Annual Town Meeting behind the Town Offices just down the street when the call came in.
First units on the scene found two vehicles off the road a few hundred feet from Highland Ambulance headquarters on Williams Drive. 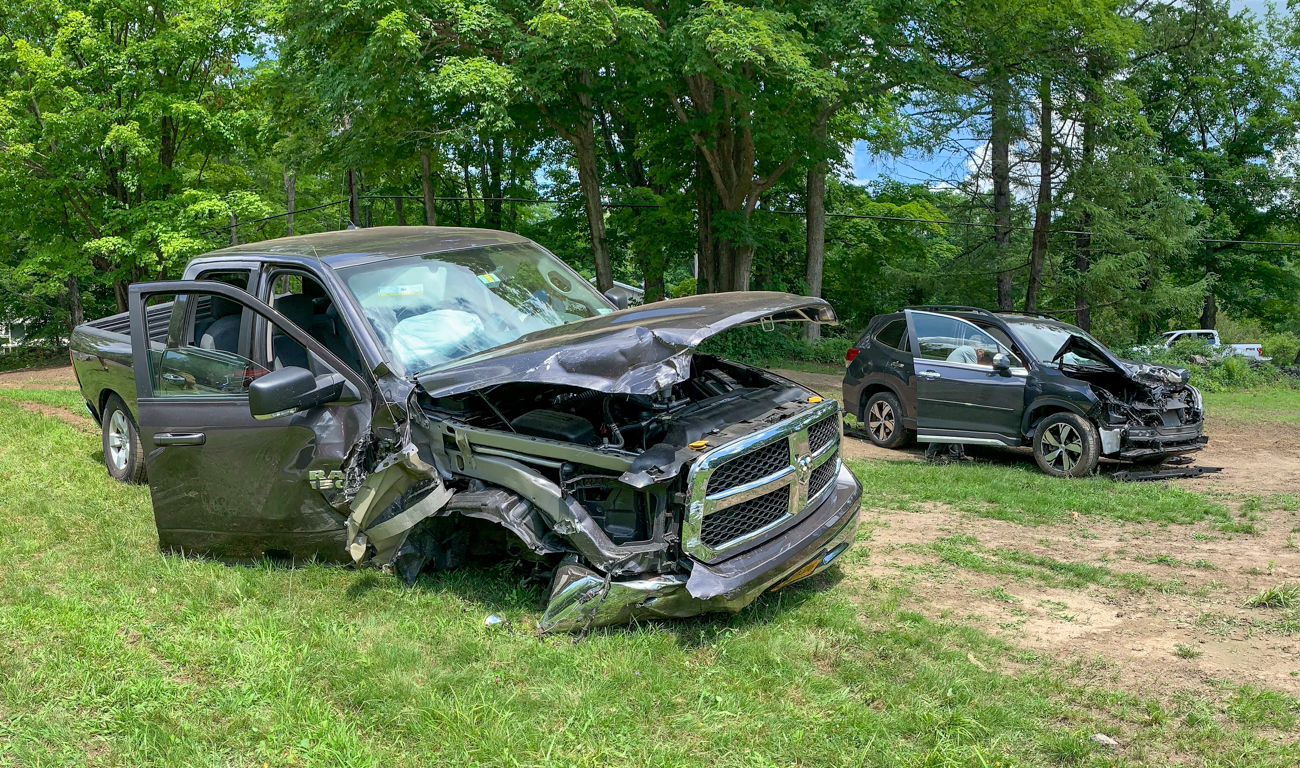 Goshen PD closed Route 9 in both directions as emergency personnel worked the scene.
Five occupants – three from one vehicle, two from the other – were able to extricate themselves. The force of the crash caused airbags to deploy in both vehicles. One occupant who complained of neck pain was transported to Cooley Dickenson hospital by Highland Ambulance personnel as a precaution. 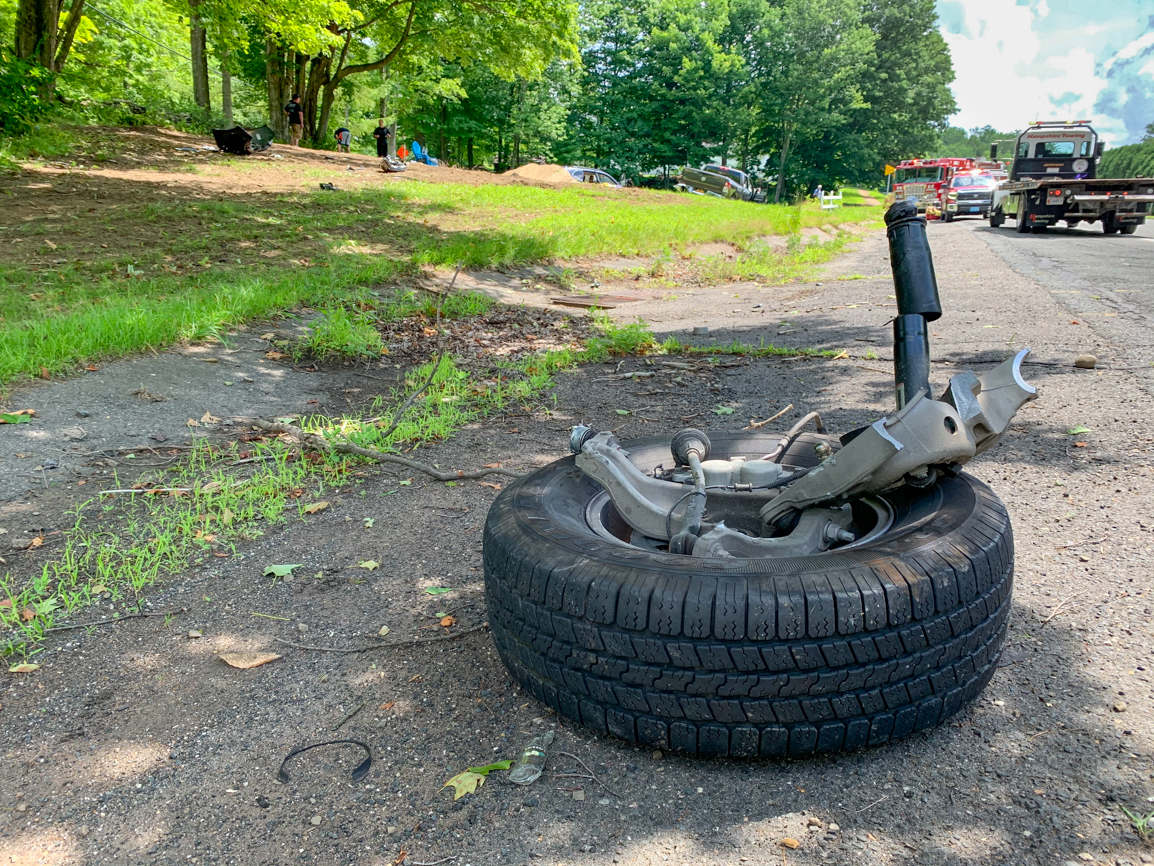 Zoe, a 9-week young puppy who was sleeping in the rear cab of the Dodge pick-up when the accident occurred, provided comfort care to first responders until family members arrived to take her home. 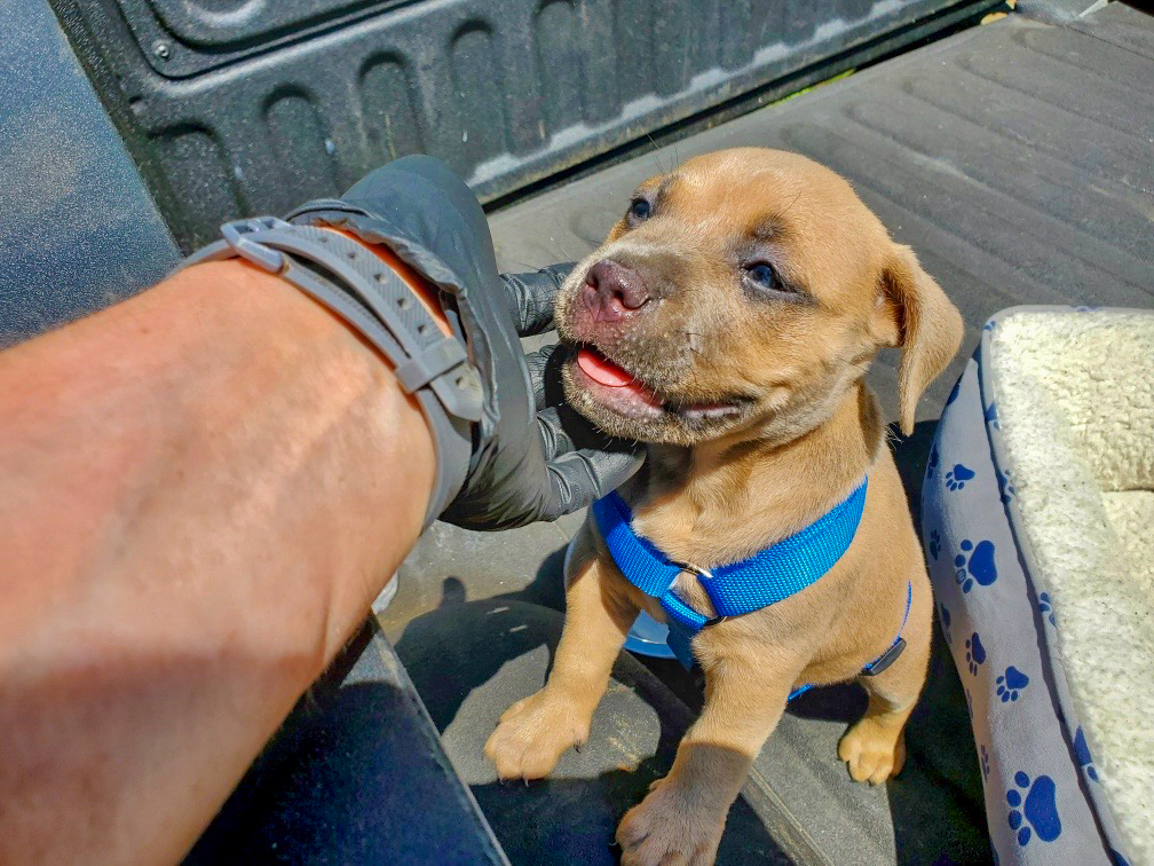 Due to the extent of the damage caused by the accident, both vehicles were towed from the scene on flat-beds from Hampshire and Florence Towing. 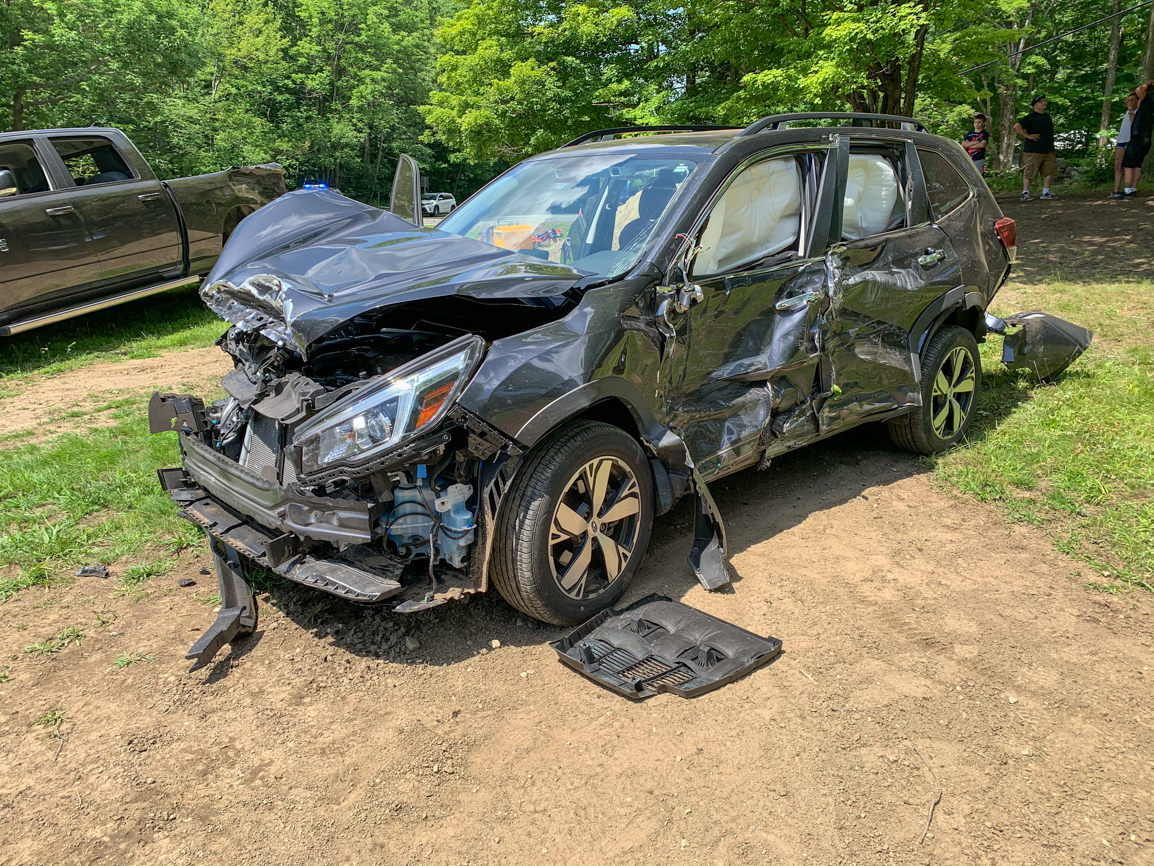