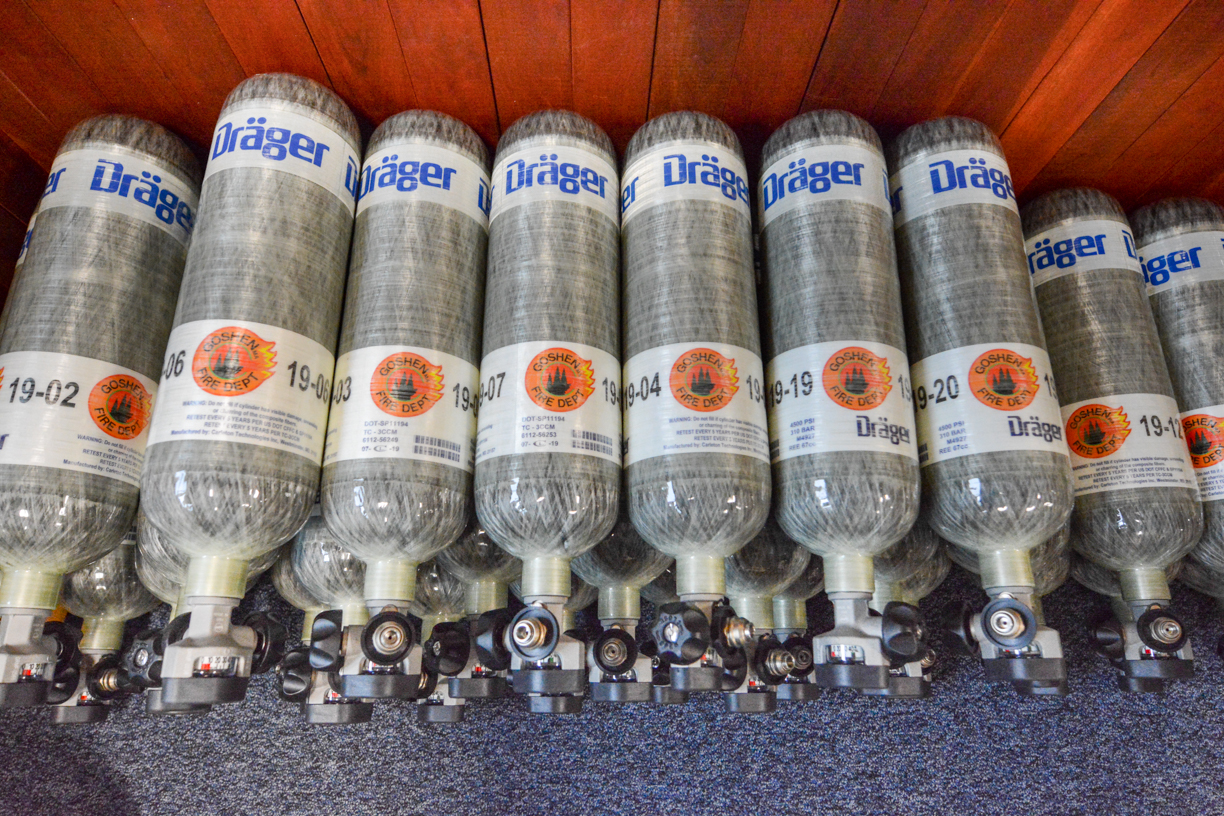 GOSHEN, MA – In the fall of 2017, the Goshen Fire Department (GFD) applied for an Assistance to Firefighters Grant (AFG) through the through the U.S. Department of Homeland Security (USDHS).

The award stated that “after careful consideration, FEMA has determined that the recipient’s project submitted as part of the recipient’s application, and detailed in the project narrative as well as the request details section of the application – including budget information – was consistent with the AFG program’s purpose and was worthy of award.”

The AFG program requires a 5-percent ($4,533) match from the award recipient which was paid for out of the GFD’s FY19 budget allowance.  Our goal was to replace existing Dräger Self-Contained Breathing Apparatus (SCBA) units – many of which had been in service since the mid-1990’s and had reached the end of their lifespan.

In the fall of 2019, GFD members brought in equipment from MSA, Scott and Dräger.  After testing units from all three vendors, it was decided to go with Dräger units again.

The new units have several advantages that GFD members will benefit from.  They include:

The units have now been assembled and placed in service on Engine 2, Engine 7 and Rescue 1.