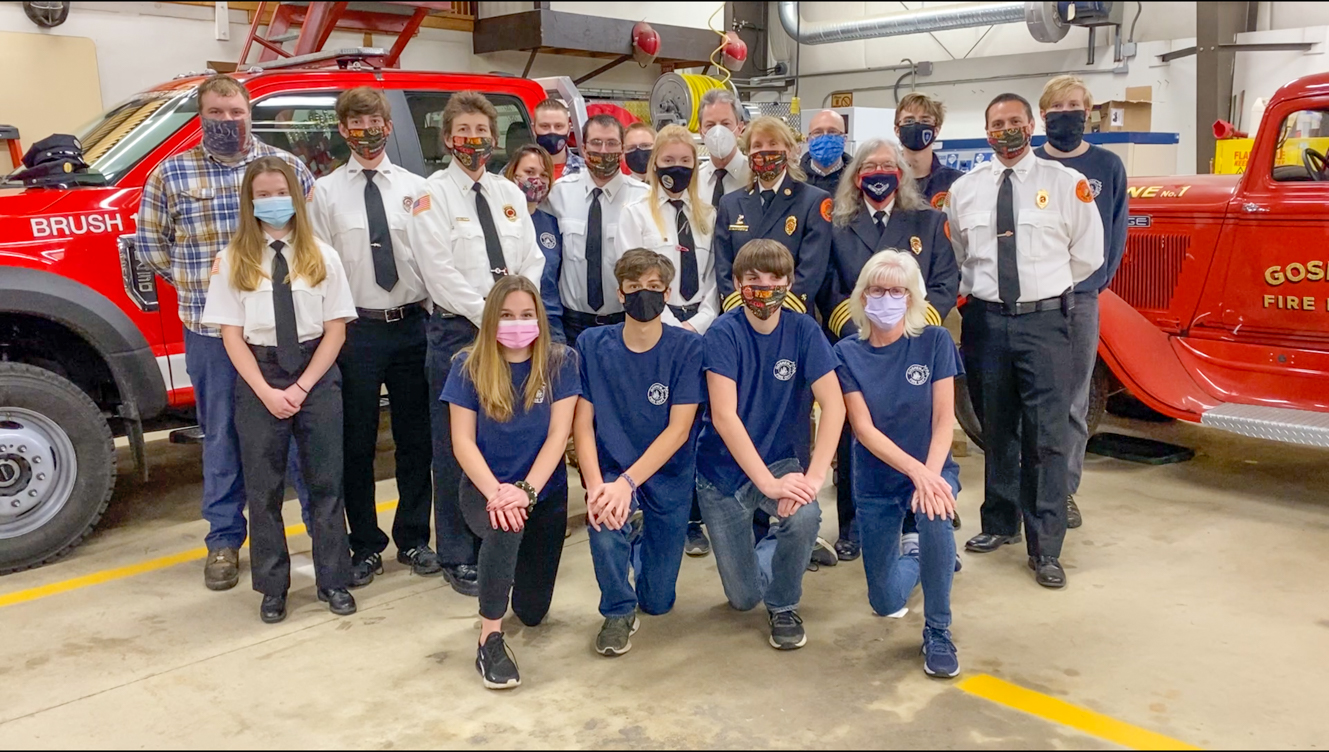 GOSHEN, MA – At the monthly meeting of the Goshen Firefighters Association, the first order of business was the announcement of two promotions.

In her prepared remarks Chief Sue noted that the department had not promoted more than one firefighter to an officer position since she was appointed Chief of the department 14 years ago.

“With only one Lieutenant position unfilled, I had a couple of people in mind for the promotion.  Both were knowledgeable and went above and beyond what was asked of them.  Both were good leaders, positive role models, and easily approachable.  Over the last couple of years, I watched both of them improve and help others improve as well.  With this in mind, the officers had a discussion and unanimously agreed to promote both Cam Lacey and Steve Estelle to Lieutenant.” Labrie said.

Cam has been the department’s Driver Trainer for many years.  He also took the lead on the Brush Truck replacement and outfitting and has repaired our new “used” Utility Terrain Vehicle (UTV) and outfitted it with a new lighting system.

Steve volunteered to take the lead on the multi-year process to install a new dry hydrant behind the Spruce Corner Restaurant to provide a convenient and safe water source on the west end of Town.

Steve also organized, tracked, and rewarded participants of our firefighter fitness challenge.  The purpose of the challenge was to try to improve the health and well being of our Department members.

We’d like to offer our congratulations to both Cam and Steve and recognize and express our gratitude to their families for allowing them to share their time with the department.