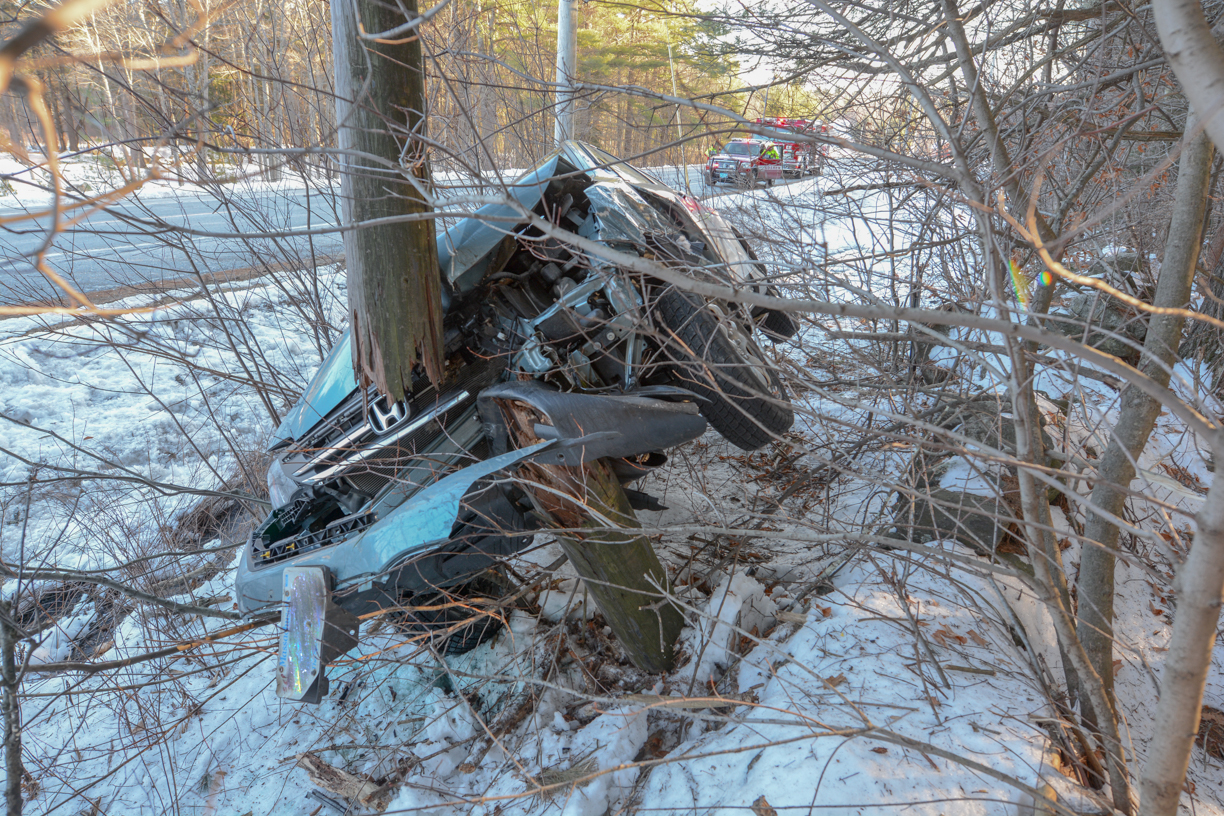 GOSHEN, MA – Goshen police and firefighters were called to the scene of a one car motor vehicle accident on Route 112 (Cape Street) at 1349 hours today.

The Honda CRV traveled approximately 200′ off the roadway before becoming airborne after hitting a stone wall and shearing a utility pole 4′ off the ground. The driver was able to free himself from the vehicle and was being helped by a passer by when units first arrived on scene. He complained of minor injuries and was transported to Cooley Dickenson Hospital by Highland Ambulance as a precaution.

The force of the collision caused both front and side airbags to inflate. Coupled with the seat belt being worn by the lone occupant of the car, the driver was able to walk away from this crash.