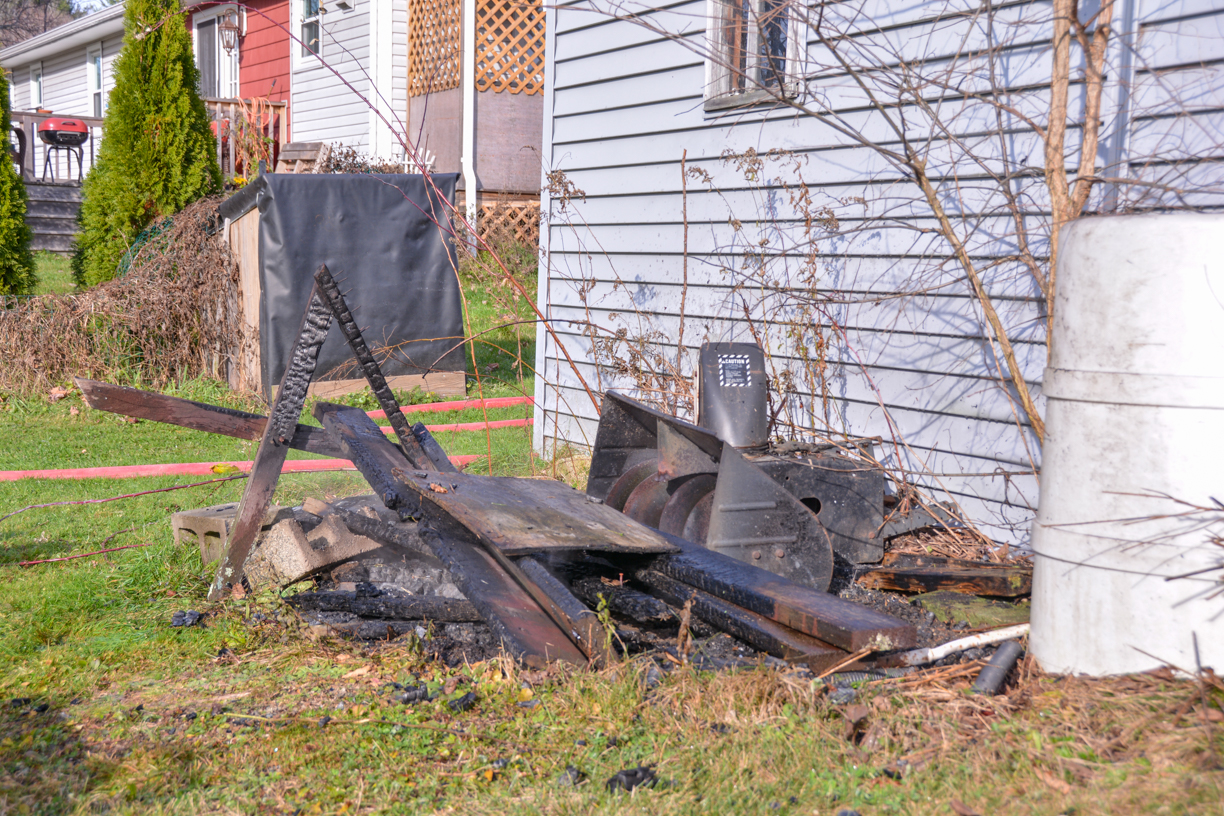 CHESTERFIELD, MA – Goshen firefighters were called to 81 Sugar Hill Road yesterday afternoon for a report of a ‘wood pile on fire very close to a building’. The homeowner discovered the fire shortly after arriving home and called 911.

As is the case across our region, most department members are out of town at work during daylight hours leaving staff levels critically low. During yesterday’s response, Chesterfield’s Chief Dave Hewes recognized that more help was needed even before he arrived on scene. Goshen Fire Chief (and Chesterfield Town Administrator) Sue Labrie was first to the address followed shortly by Goshen Captain Bob Labrie in Car 1. Car 1 carries several types of fire extinguishers because it typically responds directly to incident scenes while other firefighters respond to the station for fire apparatus. Chief Labrie was able to extinguish the blaze before Chesterfield’s Engine 2 arrived on scene. Damage was limited to the destruction of the construction lumber and minor melting of the vinyl siding on the back of the house.

Due to the nature of the call, the State Fire Marshall’s Office was called in to investigate. The cause of the blaze is undetermined at this time.