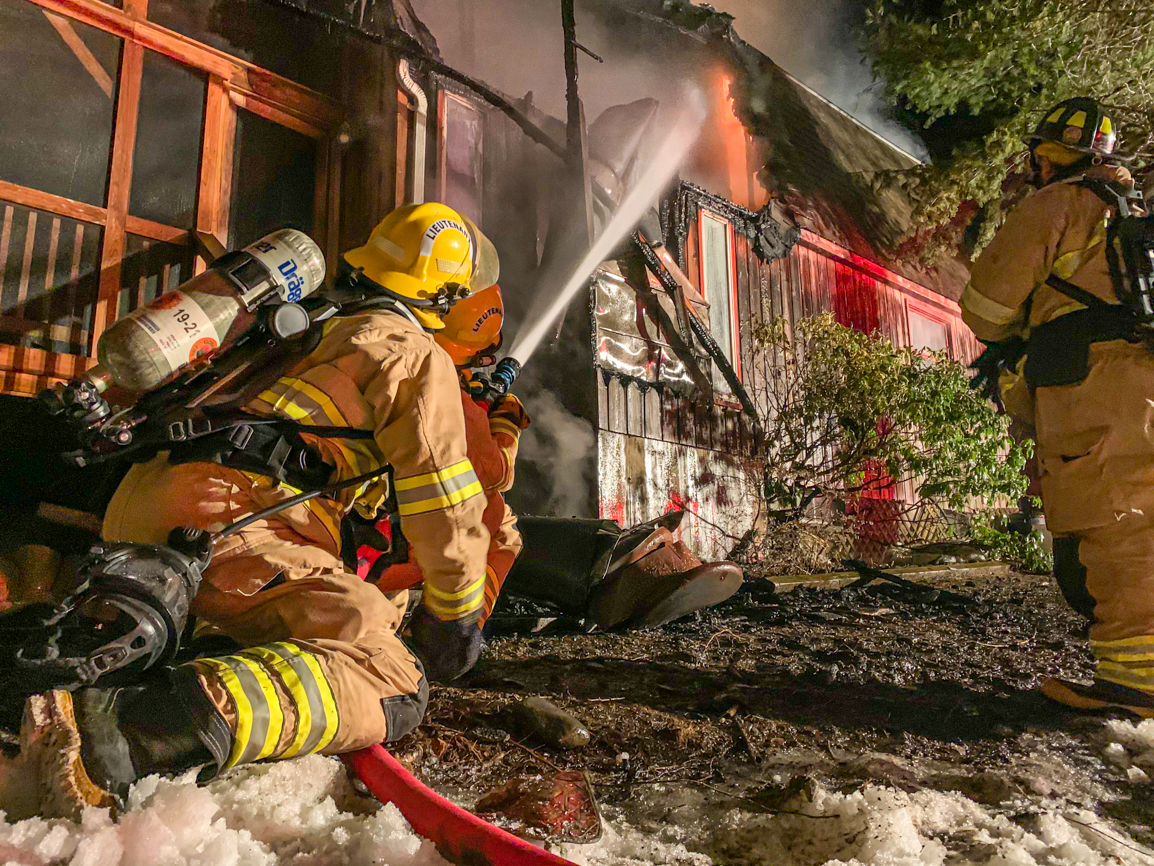 PLAINFIELD, MA – Goshen firefighters were called mutual aid to 71 Gloyd Street in the town of Plainfield at 0319 hours today for a report of a fully-involved structure fire.  Engine 7 and Car 1 responded with 8 firefighters.  One firefighter remained in quarters in the event additional apparatus was needed.

The couple living in the home was alerted to the emergency by working smoke detectors.  They awoke to a wall of flames and called 911.  First units on scene found fire pouring out of the second floor bedroom in the front of the two story wooden structure.

An initial attack team from Plainfield fire was able to knock the majority of the flames down but evacuated the building when the integrity of the roof was called into question. Once firefighters transitioned to an exterior attack, three hose lines were stretched to the sides and back of the structure.

Once it was clear that firefighters were gaining the upper hand on the fire, they made entry to the rear addition of the home.  Once inside, a thermal imager was used to identify and expose hot spots in the walls and ceiling joists then extinguished.

The State Fire Marshall’s office was called in to assist Plainfield Fire in determining the cause of the blaze.

No injuries were reported and all remaining Plainfield fire personnel were back in quarters just before 0900 hours.