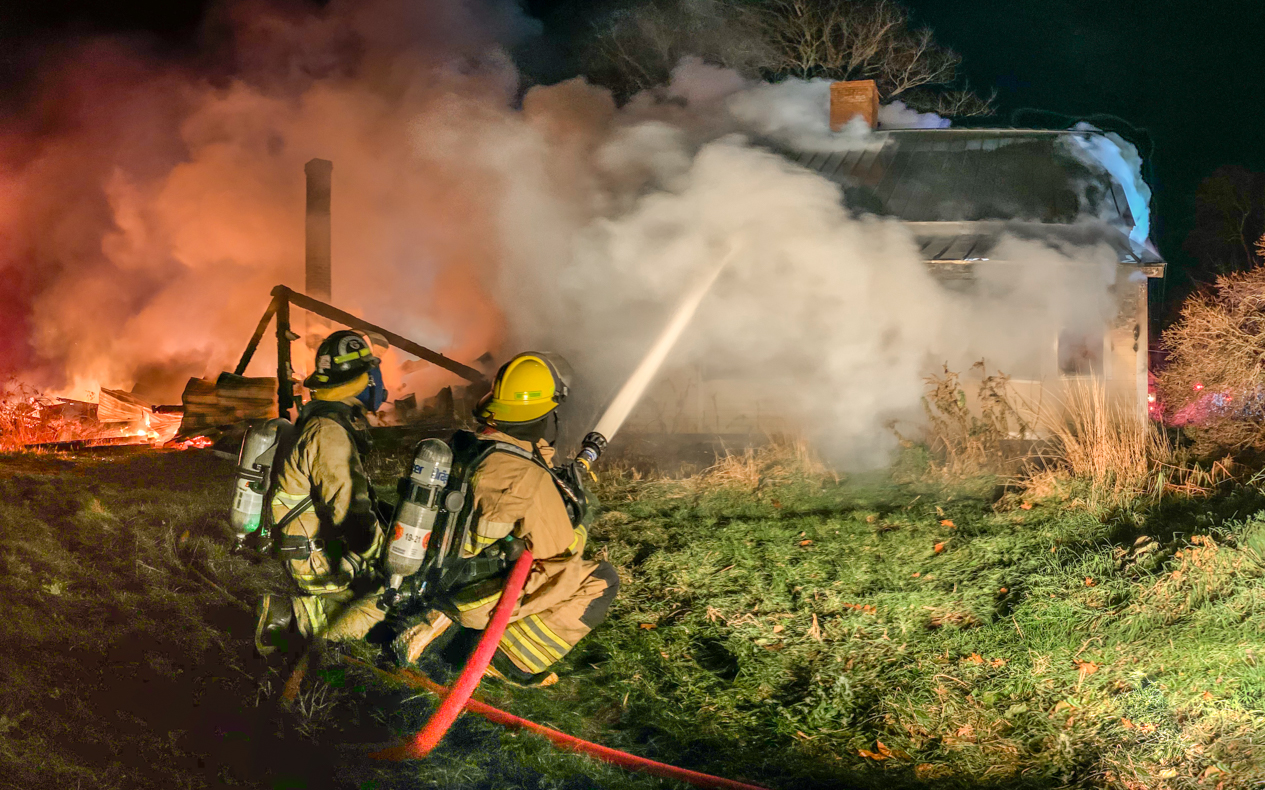 ASHFIELD, MA – Goshen firefighters were called to respond mutual aid to the Town of Ashfield with an engine for a reported structure fire at 19:50 hours.

The fire was reported by neighbors because the owners were not home at the time of the blaze.

When firefighters arrived, the attached barn had already collapsed.  Flames were shooting out of the attic space of the single family home that was built in 1790.

A water shuttle from Ashfield Lake was established for two 2,100 gallon drop tanks that were set up in front of the house.  From there, Ashfield, Conway and Williamsburg engines pumped water to numerous hand lines that were attacking the fire.

Firefighting operations were hampered by interruptions in water supply and temperatures that had dipped into the the lower 20’s.

Cummington Fire’s bucket truck was called in to peel off the standing seam metal roof that covered a previous asphalt shingle roof to gain better access to fire that had penetrated the house.  Once exposed, a chain saw was used to cut holes in the roof to allow water to be poured onto remaining hot spots.

The blaze is being investigated by the MA State Fire Marshal’s office.

Highland Ambulance was on scene in the event of any injuries on the fire ground.

The Rehab Unit from the MA Dept. of Fire Services provided welcomed warmth, snacks and hot liquids to firefighters who needed a break.

Goshen was released at 01:05 hours this morning and returned to quarters at 01:25 hours.