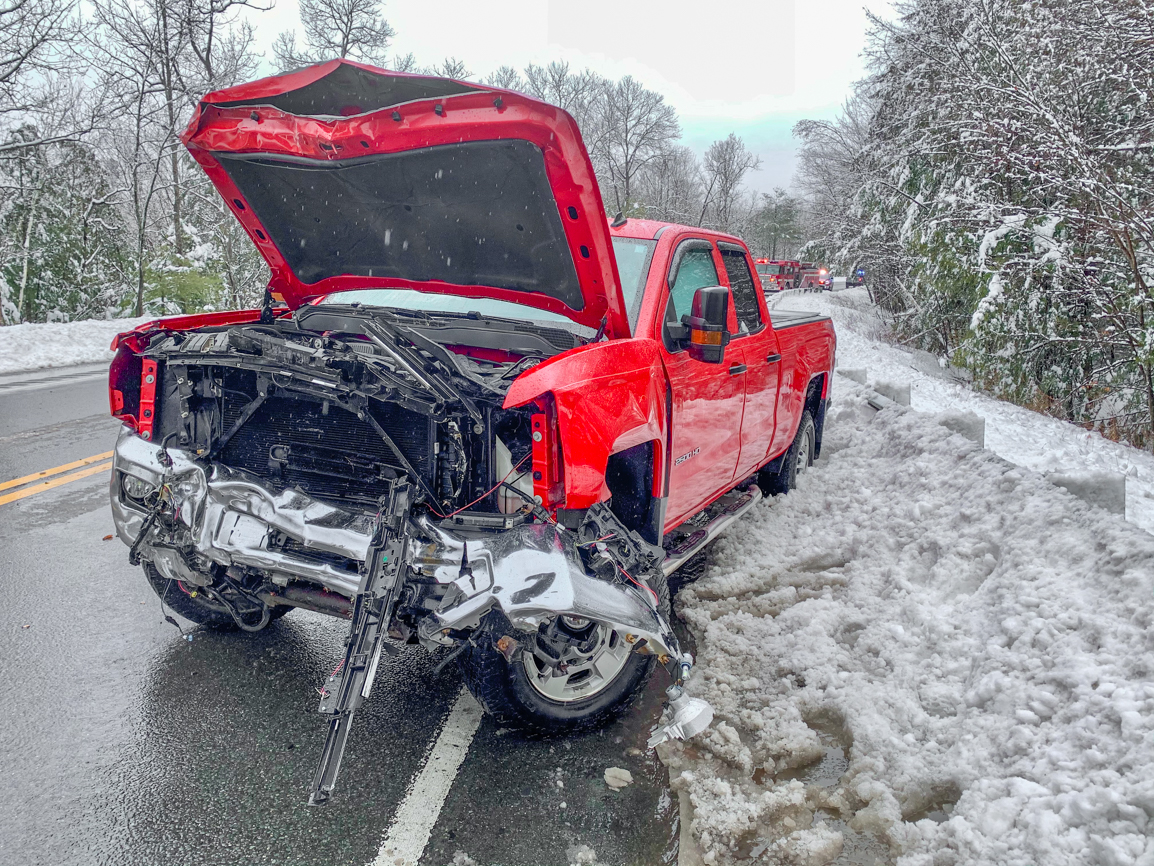 First units on scene found two late model pick up trucks with significant damage and debris strewn across the roadway.

A Cummington (and Goshen) firefighter, who was having breakfast at the Spruce Corner Restaurant in Goshen, was responding to a medical call in Cummington for a report of a cardiac arrest.

Five inches of heavy, wet, snow overnight left some areas of Route 9 with a coating of slush.  The firefighter, who was driving a Chevrolet 2500 pick-up truck hit a patch of slush in the road, lost control, crossed the center line and collided with a Ford pick-up truck traveling eastbound.

The force of the collision caused airbags in both vehicles to deploy.  The state highway had to be closed down temporarily while firefighters cleared the roadway of plastic and metal parts.

Goshen Fire was initially called mutual aid to the scene since Cummington Fire had a medical call going on at the same time.  Several Cummington firefighters were redirected to the car accident and joined Goshen firefighters at the scene.

The Cummington firefighter complained of dizziness and shoulder pain.  He was evaluated by Highland Ambulance personnel who transported him to Cooley Dickenson Hospital.  The driver of the other vehicle did not require any medical attention.

Two Hampshire Towing trucks were called in and took both trucks to their yard due to the significant amount of damage which resulted from the crash.

We are happy to report that the injured firefighter was treated and released from the hospital.