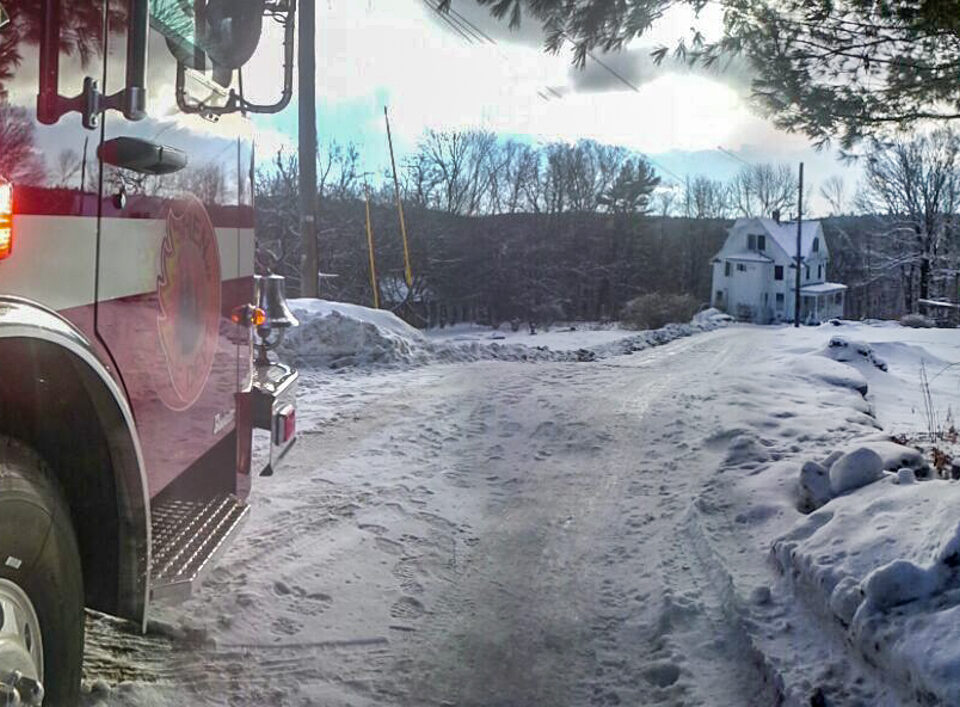 GOSHEN, MA – Goshen firefighters responded to 3B Wildwood Lane at 0811 hours yesterday morning for a report of smoke in the building. Chesterfield Fire staged at the Spruce Corner restaurant while firefighters investigated the source of the smoke. The homeowner reported hearing a crackling noise coming from the stove pipe and seeing enough smoke […] 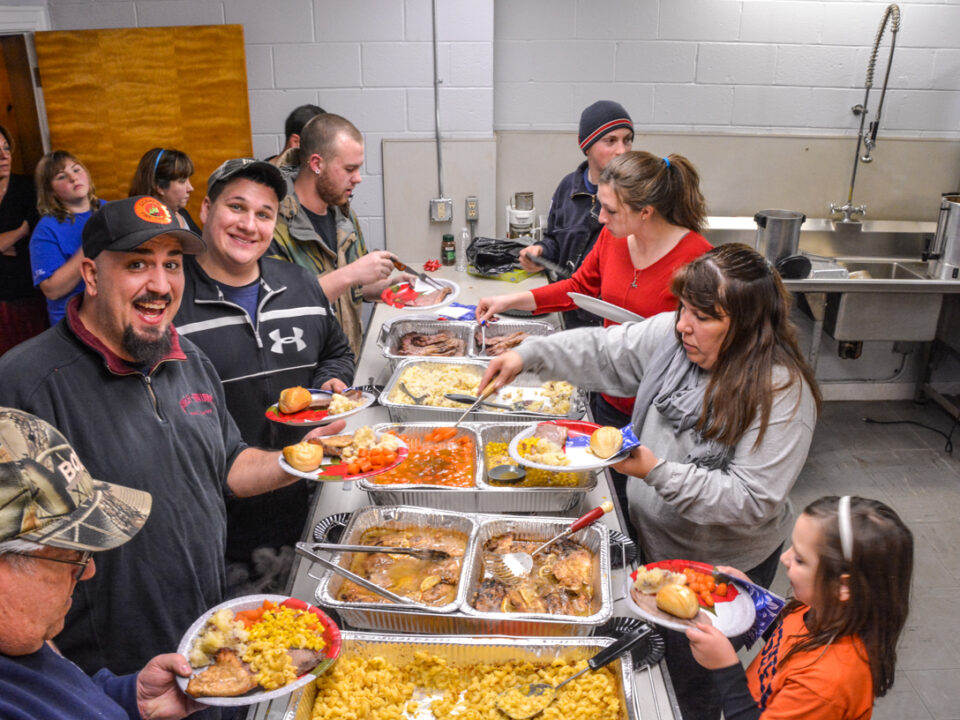 WILLIAMSBURG, MA – Members of the Chesterfield, Williamsburg and Goshen Fire Departments took time off from our normal monthly drill to spend time with family and friends in the hall of the Williamsburg Congregational Church on Tuesday night. Santa Claus had stopped by earlier in the day to provide gifts for all the children to […] 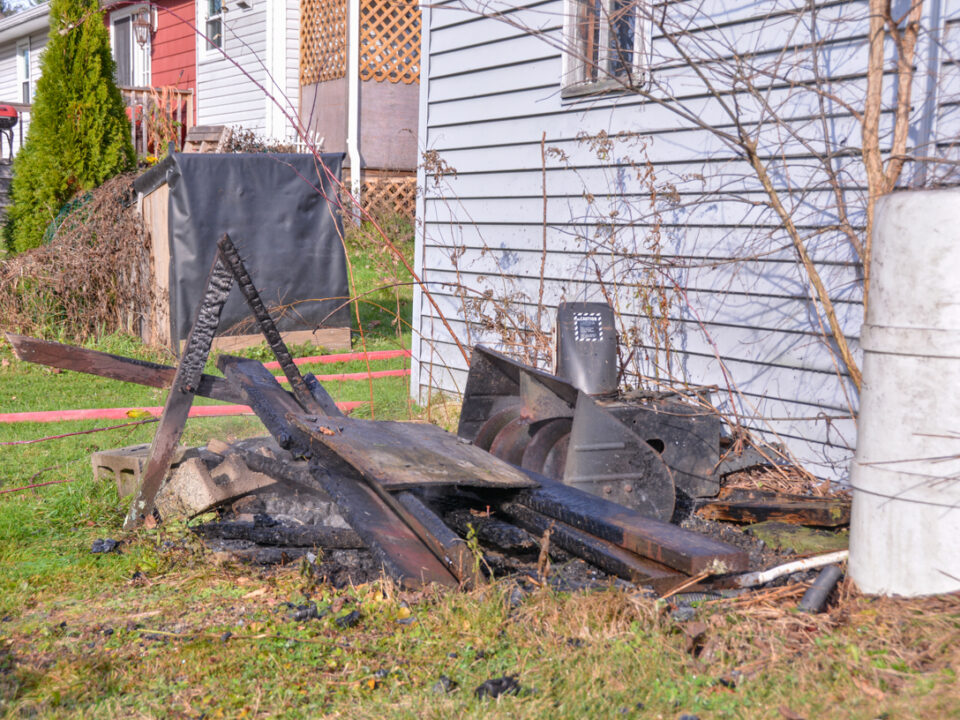 CHESTERFIELD, MA – Goshen firefighters were called to 81 Sugar Hill Road yesterday afternoon for a report of a ‘wood pile on fire very close to a building’. The homeowner discovered the fire shortly after arriving home and called 911. As is the case across our region, most department members are out of town at work […] 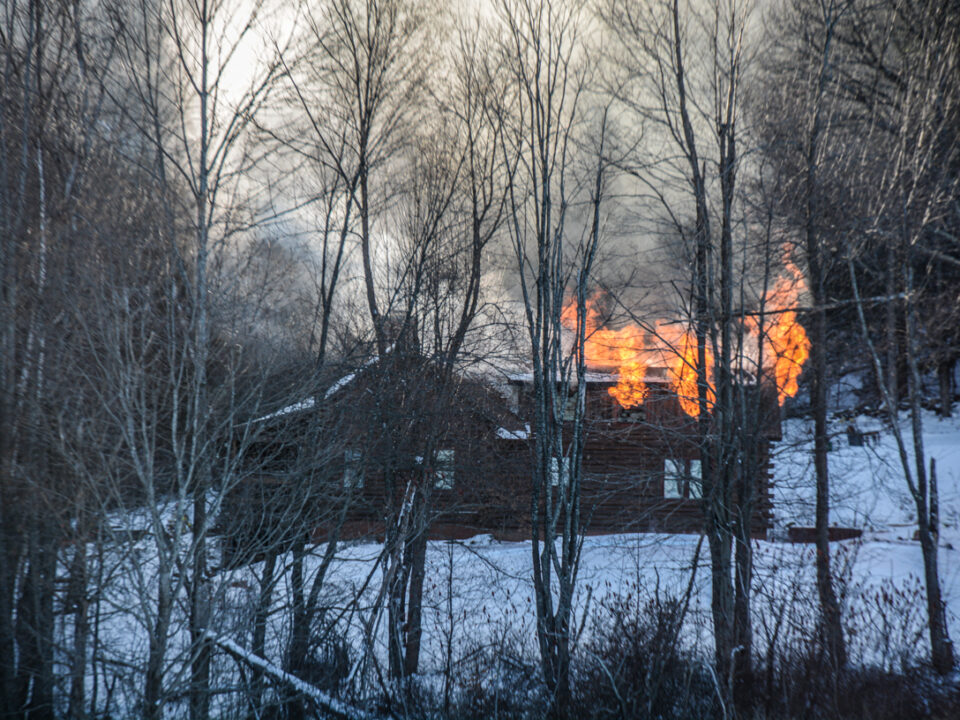 ASHFIELD, MA – The Goshen Fire Department along with multiple fire companies in Hampshire and Franklin counties were called in to provide mutual aid to Ashfield today to help them battle a structure fire. The picture above was taken shortly after Goshen firefighters arrived at 298 Briar Hill Road.  The fire appeared to have started in […] 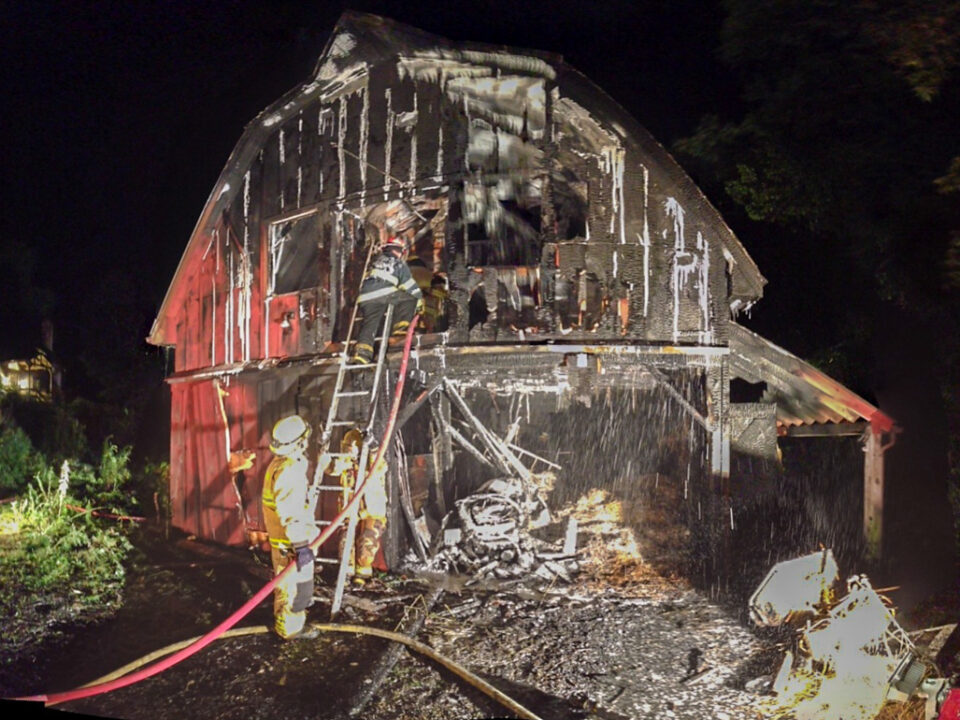 Lightning Strike Thought to be Cause of Overnight Blaze

WILLIAMSBURG, MA — A barn fire believed to have been caused by a lightning strike at 74 Petticoat Hill Road around 10 p.m. Thursday night badly damaged the barn, though it may not be a total loss. The barn was in flames when firefighters from at least nine towns arrived. Retired Fire Chief Don Lawton, […] 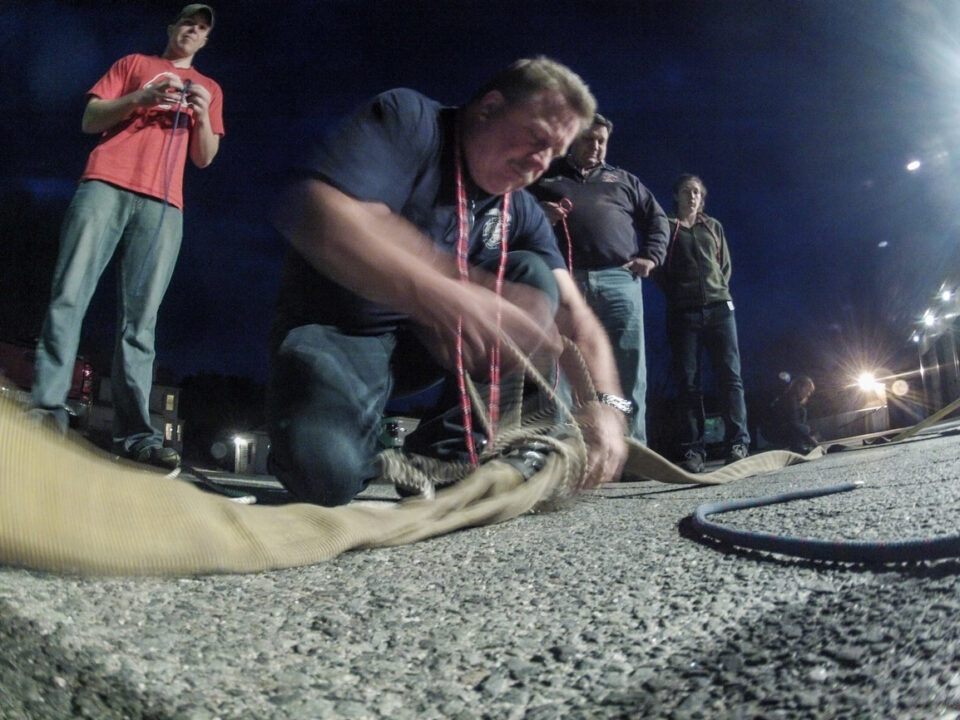 In the photo above, Chesterfield Fire Captain Jack Gougeon is so fast at tying his clove hitches that the camera’s shutter struggles to capture his hands manipulating the rope. WILLIAMSBURG, MA – How many firefighters does it take to tie a ladder?  Oh wait.  Wrong joke. Members of the Chesterfield, Goshen and Williamsburg fire departments […] 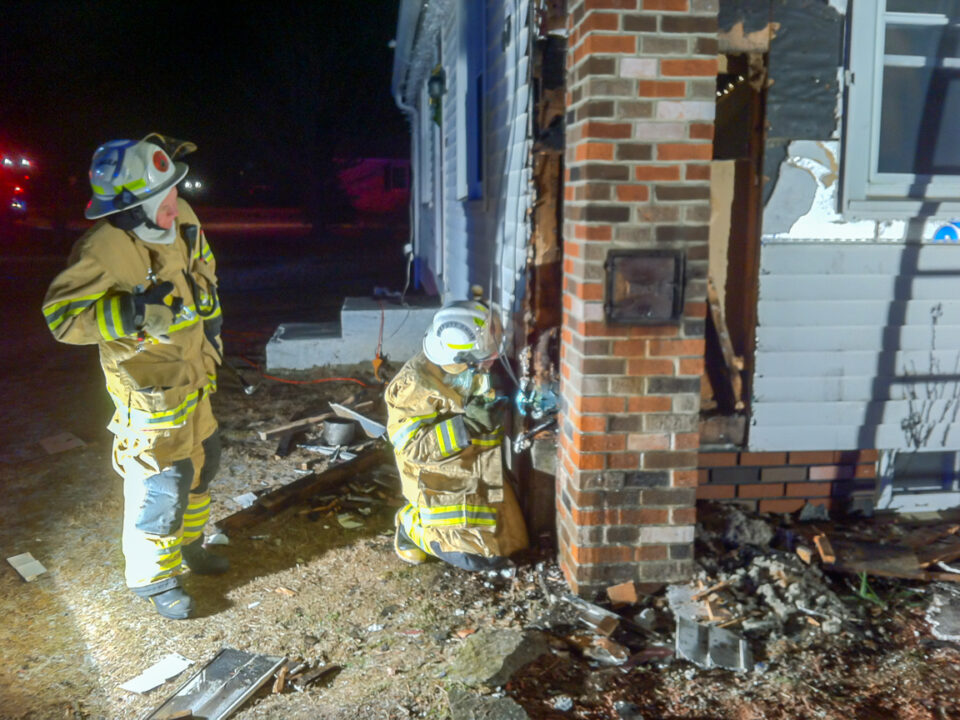 Chimney Fire Extends into the Walls

GOSHEN, MA – At 5AM this morning, Goshen firefighters responded to the home of Ashley and Justin LeBeau at 60 Main Street for a report of fire in the walls.  The house, which is located next door to the Goshen fire station, is a 1 1/2 story Cape style house with a detached garage that […]

WILLIAMSBURG, MA – The mutual aid call for Goshen and Chesterfield firefighters came in at 00:06 hours.  The request was simple; respond to 6 Depot Road in Williamsburg with one engine each and manpower to assist Williamsburg Fire at a reported structure fire.  Northampton and Westhampton fire departments were also dispatched to the scene along with a crew […] 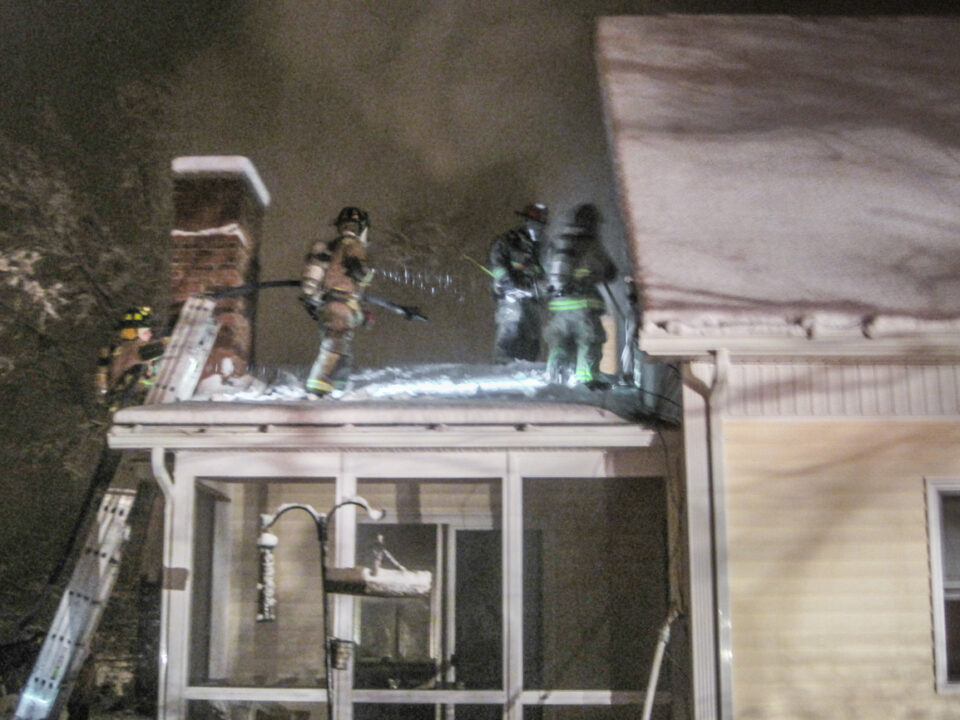 GOSHEN, MA – Firefighters from Chesterfield, Goshen and Williamsburg recently attended a series of three Mass Fire Academy Impact Drills.  The drills, which were hosted by each of the towns, were held over a period of three weeks in March. The first class on Common Emergencies was held on March 3rd in the Goshen fireshouse.  […]